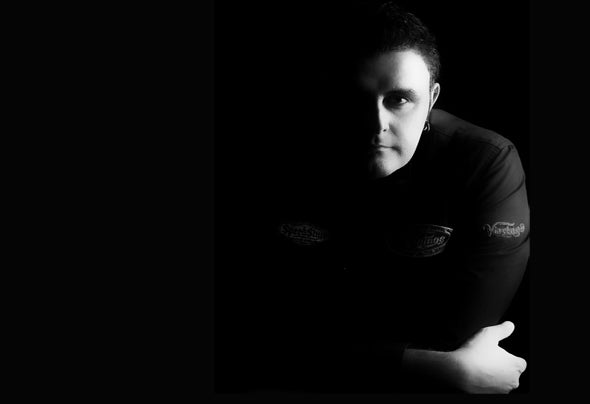 DJ Miguel Amaral began his music career at the age of 12 studying the guitar, bass guitar and drums. He went on to play in two rock bands and started DJ'ing at parties, continuing though mostly as a musician.In October 2006 after receiving invitations to DJ professionally he decides to switch his focus and dedicate his time to DJ'ing again, becoming a resident DJ of Casa do Cerro (Algarve - Portugal) and Choc Café (Albufeira – Portugal) alongside his work as a freelance DJ and a Music Producer. In the same year he wins a coveted DJ contest organized by the Portuguese Institute of Youth. His nights in Casa do Cerro soon start to become noticed and commented upon by the “Party People” which leads to his first chance to DJ at Capitulo V Club (Algarve - Portugal) – considered by the Portuguese People and Press to be the “Best Club” in Portugal. His first shot at DJ’ing in Capitulo V in-front of a very demanding audience receives fantastic feedback and leads to him winning the place of Capitulo V’s Resident DJ.In May 2009 because of his continued high standard and consistently good work he is nominated by Portuguese Nightlife Press as the Best House Revelation DJ (www.Portugalnight.com). By November 2009 his profile as an International DJ was confirmed when he was invited to perform at the Copenhagen Club in Moscow - Russia, as expected the night was a success and led to further invites and Miguel returning in February 2010 (& again in February 2011).His work as a music producer has also been recognized with the release of his EP “City Colors” - by LAD records followed up in January 2010 with a re- release by a Project called Algarve Music Movement. In January of 2010 his work is again recognized when he makes the Front Page and earns a cover spread within the magazine Portugalnight.2010 brought further International recognition. In February he was formally invited to participate in the promotional tour through Spain and Portugal for the WHITE SENSATION Events, culminating in June 2010 with him DJ’ing in the VIP Deluxe area of Lisbon’s White Sensation Night. In May he DJ’d at Dreamers Club in Marbella – Spain, again after a great night and good work he received return invites. In October 2010 he was invited by the Aurora Racing Team to DJ at their ADE Event in Barcelona which received very positive reviews. In December 2010 his work as a music producer is recognized again when his original EP ''I can see it'' makes 2th and 3th place in the music label ''New breed'' chart'' 3 days after the release and and keeps it for one month.In May 2011 his work as music producer is again recognized with his EP ''First day'' makes 1st place in Portuguese chart and the rights wore sold also to German label ''Kontor''In Jully 2011 his remix of the song ''The fireworks of skyscrapers'' for the Russian producer Alexandr Nox reaches 5th places on ''Triori records'' - Moscow chart.With a very unique DJ’ing and in music production style of in house music that ranges from deep house, vocal house right through to tech house within his sets and original songs, he is considered as one of the Best Portuguese DJ's and producer.