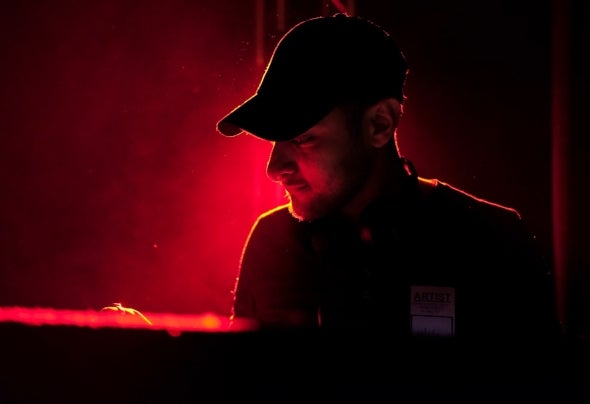 As one of the fastest-rising acts in the Southern California nightlife scene, Los Angeles-based DJ/producer Michael Fam is today shaping the local underground community via his curated events and unique bookings as well as his own boundary-pushing DJ sets and performances. Since o cially hitting the circuit in 2015, Michael Fam has made a name for himself across the city’s alternative and experimental nightlife scene via his Made In LA underground warehouse event series. Running through 2016 and 2018, Made In LA has attracted thousands of late-night revelers via its brand of curated artists and future-forward sounds, with past performances from under-the-radar acts. On the live front, Michael Fam has also established himself as a bubbling DJ and artist in his own right. His boundless DJ sets and guest mixes defy genre restrictions, traversing the sonic realms of house, techno, disco, deep, funk, progressive and beyond. It’s his unique touch behind the decks and inimitable style as a DJ and curator that has landed him a headlining slot at the Lightning Inn fun house/renegade stage at revered music and arts festival Lightning in a Bottle 2017. He’s also held DJ residencies at some of the top clubs and venues in Los Angeles, including King King, Dragon y, and Pattern Bar in addition to his packed performances across the city’s clubbing and nightlife landmarks like Exchange LA, Avalon, Clinic where he’s shared the stage with ATB, Clyde P, Stefano Noferini, Demuja, Baltra and others.