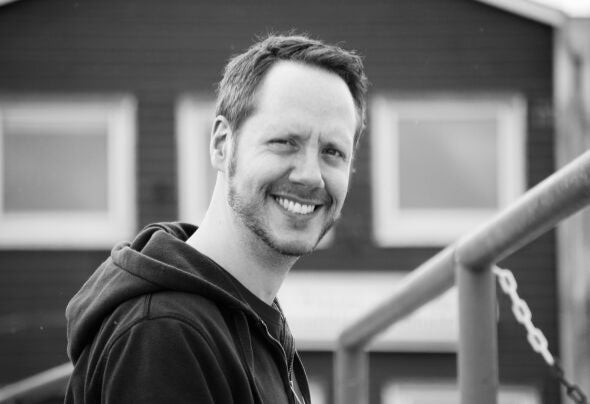 Michael R.L. Doerlitz was born January 1981 in Bremen, Germany. He was always this Guy, who had the perfect radio-tapes in school and the right feeling for best music for every party. He counted the bpm from each track he had and wrote it on a piece of paper. At the age of 15, he started to Mix and Produce his own tracks. All of these Tracks are full of Hardcore Bass-Kicks, Love & Passion for the Rave sounds of the 90s. He left Bremen in 2001 and lived in Berlin-Wedding for 8 years, where he started the "Club Cuisine" Radio Show with Live-Stream on "Radio Clubbing" every Friday from 9pm-10pm in 2003. With the right gear and the knowledge he gained over the years, he stared some projects like TSP (The Secret Project), Evil Twister, la Verdandi. Most of the Tracks went online and some Tracks were released on mainstream Dance Radio, as well. He left Berlin in 2009 and came back to Bremen to search for the right sound . For some colleagues and friends Michael was "The DJ" for the perfect Company Event. In 2010, he got into Minimal Techno with his Track "Autohupen". The Label "olavbelgoe.com" liked his sound and what he had created so they published it worldwide. 2 years later, his "Digital DJ" age starts. At the age of 32, he moved to Hamburg and found a new inspiration for his creations. In 2015, the biggest step started with absolutely new tricks, new sounds and new Equipment. His tracks appear more and more on digital Sampler called : Berlin Minimal Underground. A new way in his life of Electronic Music. With each of his tracks you can hear new ideas and different styles. But still, you can recognize the sound of Michael Doerlitz. Today, in 2020 he found his genre with Melodic Techno ...to be continued