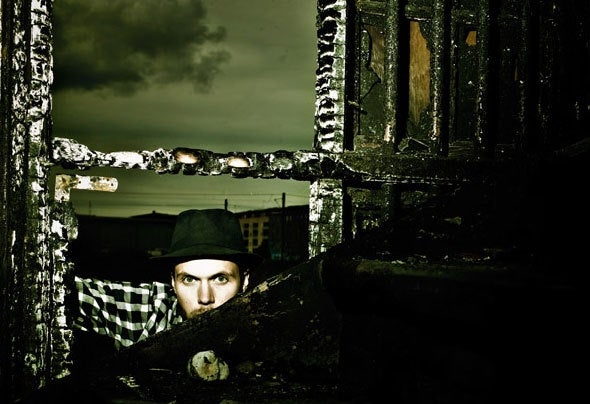 Music has always been an unswerving, constant fixture in the life of DJ and producer Morten Halborg-Møller AKA MHM One. His Roskilde Festival-employed father would bring the tiny MHM-1 backstage at Denmark’s biggest festival when he was just a cradle-rocking baby, and by all account s t his meant t hat t hat he was burping up chord changes before he could walk.This intrinsic musicality gave the young Morten what might call a creative head start in life. It started in the mid 90s where he was painting graffiti and playing drums in various bands, but he soon graduated to the turntables. Starting out with classic electro and old school hip hop, MHM One subsequently had a stint in Berlin where he experienced a musical epiphany or sorts; The synthetic sounds of Europe’s techno capital made everything fall into place and they would go on to influence him throughout his career as DJ, producer and promot er.Giving birth to his notion of instilling in the Copenhagen scene a synergy of music, art and vibrant atmosphere, several new initiatives saw the light of day in 2003. Chief among these was Kill Your Telly, a now legendary club concept, which is revered and discussed in hushed tones by Danish ravers young and old.Needless to say, his DJ skills should be experienced rather than read. However, it is perhaps best described as pulsating, quality selections of house and techno placed somewhere at the deeper end of the spectrum. This is a DJ who pays the DJ profession the respect it deserves while never getting self- important about it. Moreover, he’s currently a regular DJ at Copenhagen’s renowned techno stronghold, Culture Box, and he holds an international residency at t he inimit able Berlin club Zur Wilden Renat e.Having spent over a decade DJing other people’s music, warming up for key names like Sven Vath, Robert Hood and Derrick May and played international gigs all over the world at clubs such as Air/Tokyo, Watergate/Berlin, Flex/Vienna and Fabric/London, MHM One started producing in 2007, which led to releases on Tartelet, Fantastic Friends and Fake Diamond plus frequent remix jobs.His production skills and artistic fingerprint are very similar to what he’s doing in the clubs as he draws inspiration from the complex synergy between the DJ and the dance floor, the deeper more melancholic moments of his personal life and, of course, that unswerving musical talent that he was spoon-fed as a kid.