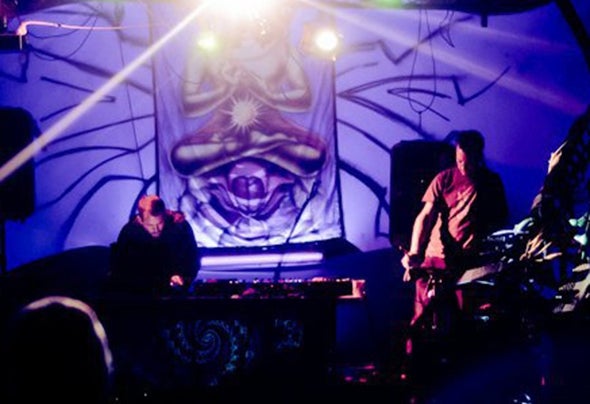 Mental Extensions is the experimentally extending electronica of Felix Greenlees ( aka Terrafractyl, Hypnagog ) and Dave Kastner.Born in the lush wilderness of Tasmania, Felix and Dave's musical journeys crossed paths in Melbourne, Victoria in 2005 and they decided to combine their experimental ideas and sounds into an extension of the frequency spectrum.Mental Extensions released their debut album INNER REALIT Y with UP Records in 2010, a full length CD exploring psychedelic sounds, feels, mutating beats and bass juice combining organic elements with digital dubfunk spinning kaleidodelic, or maybe it's just music. Since then Mental Extensions has played live at festivals including Dragon Dreaming (Canberra), Symbiotic Harmony (Tasmania), Sound Illumination (California), Sacred Earth (Wisconsin) and Entheos 2011 in Canada as well as helping Offworld launch The Mothership in Melbourne.A live performance will typically see Felix mixing things up on the Laptop with a synth or two on the side and Dave will be banging out all sorts of strange sounds on some kind of magical electric box.