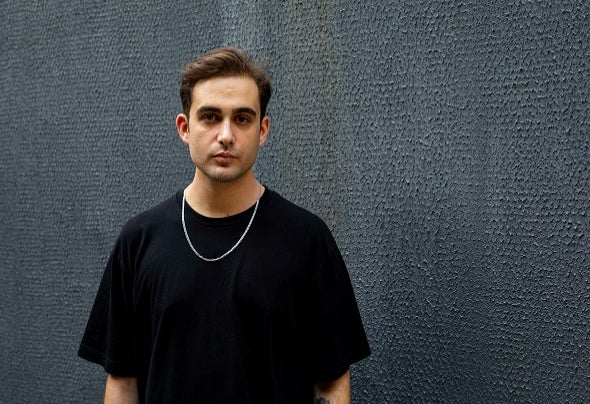 A thriving artist from Istanbul electronic scene, Mehmet Özbek, is a music producer, DJ and label owner who has the techno genre as the main point on his radar. His bass music background can be sensed in his current creations as reflections of unique wickedness. Dark sounds and driving basslines are the signatures of his hypnotic musical aura. After exploring Istanbul’s club scene in his teen years, Mehmet Özbek has been in touch with the city’s nocturnal culture constantly. The chaotic harmony of Istanbul is present in his music with an ongoing aural stimulation, sudden shifts, unexpected instances, and hidden fragments of calmness. His drive to discover and experiment with various genres and styles of electronic music steer him to the Techno path, where the journey continues. Mehmet Özbek is the co-founder of EXTIMA Records. He is also affiliated with several other labels like Tronic, Senso Sounds, Set About, and IAMT. He has already published more than 60 EPs and 100 singles and keeps counting by his exciting works. His 12- track debut album had released on the Theory X label at the beginning of 2021. Mehmet has been on stage in many clubs and festivals around Europe with prominent international musicians such as Joseph Capriati, Enrico Sangiuliano, Jay Lumen, Joyhauser, Ramon Tapia, Oscar L, Oliver Huntemann, Andhim, Hidden Empire, and many more. Also, his tracks have been acknowledged by Drunken Kong, T78, Oliver Huntemann, Markus Schulz, D.A.V.E. The Drummer, Roberto Capuano, The YellowHeads, OC & Verde. As a resident of Turkey’s major electronic music radio station named FG 93.8, his sounds are on airwaves every month on a Saturday night.