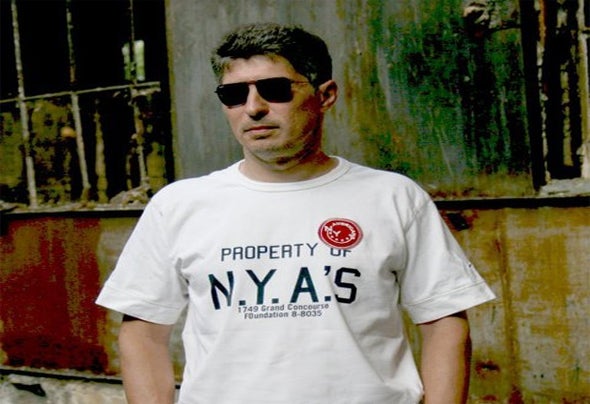 Laszlo started hes studies in musical comprehensive school,his chosen instrument was the Chello. Later on in secondary school he was running the school radio and dj-d on special occasions. From 1982 to '89 he did the classcic disco style dj-ing,and after gaining experience he moved to the electronic dance music. In the early 90's he's playing regularly in big clubs,parties in several hungarian cities. The following years he is a well known name,playing in major clubs/cities (Budapest etc..) His style is between deep/electro/tech/minimal house..He is not only a dj,but staring to work in the biggest Dj/Record Shop in Hungary While working in the shop he is making contact with several dj's, producers,and record companies from all around the world,and keeps in touch with them up to date. (plastic,amato etc..)He is starting work in recording studios,and gets to the point where he realises that he is also wants to do his own music.In 1999 he is establishing a team,and trying to aim the mainstream house crowd.His works are on Strictly! label as well as on music magazin's cover,and on mix compilations.Under the name MB Project,he is continuing the dj work in progressive house style.His first record was MB Project-Maha Mantra,with Slam Jr remixes gained him succes in Hungary and abroad as well, and also landed in many international dj's record bag.The next record '60 days' with Sanfranciscobeat and Lank remixes was also a big succes both in Hungary and Internationally.He is still doing excellent remixes and own product ions up t o date.