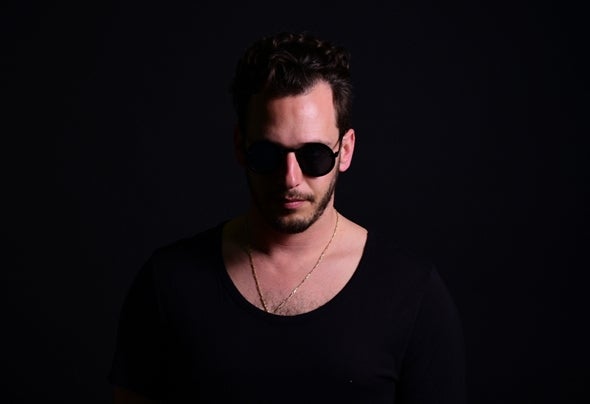 Rising out of Israel’s hotbed of talent, Maydan is an artist with an impressive story to tell. From bedroom DJ to highly-regarded nightclub resident, the Israeli native has carved out a niche of sizeable proportions as he continues his assault on the global dance scene. Rising to the upper echelons of his country’s ever-expanding music scene from humble origins, a mixer and a pair of turntables saw Maydan climb to the summit of the Tel Aviv dance scene, coupled with a burning passion and an unwavering dedication to his craft. Add to the mix a healthy dose of talent and experience and it quickly becomes clear why the Israeli became resident at some of the most elegant hotspots in his city with his finger perfectly poised over the cultural pulse. Able to command an audience far beyond his homeland, DJ performances in Zurich, Prague and Amsterdam’s famous, Club NL, have extended the Maydan name outside his country’s borders. Moreover, DJ appearances alongside a surfeit of hallowed names – from Carl Cox and Sasha to Hernan Cattaneo and Joris Voorn – have showcased the MayDan name in the bright glow of neon lights. Inspired by leading figures that have shaped the underground dance scene, both at home and on the international stage, the Maydan production career has continued to grow apace since joining the Asymmetric Recordings roster in 2015. Subsequently heading up A&R for both the main label and its sister imprint, Asymmetric Dip, Maydan’s role has evolved impressively over time. With his work additionally signed to Cattaneo’s Sudbeat and Tvardovsky’s Dear Deer, Maydan’s work for the Lonya led label provided a new impetuous for his music to shine with 2016’s “Absolute Isolation” EP taking centre stage. Supported by the DJ glitterati that includes Nick Warren, Max Graham and Cattaneo himself, Maydan’s original and remix production material continues to attract widespread backing from all corners of the globe.