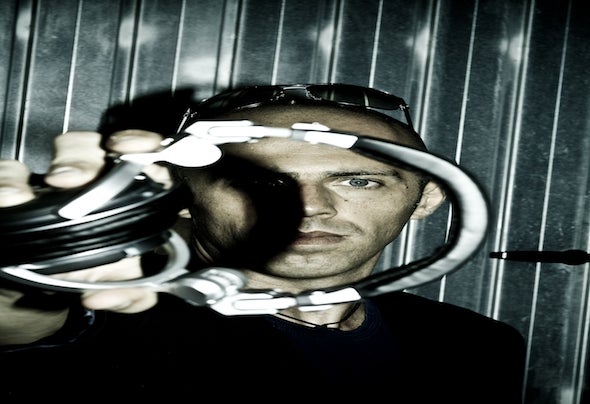 Max Bragantini a.k.a. Max B, Italian DJ and Producer, born in 1976, starts from young to express his passion for music: he studied piano in the meantime started to collect vinyl records from all over the world, the most diverse genres. But is the "dance" music to give him the strongest feelings and push it at the age of 15 years to proposed for the first time as a DJ in the disco.In the late 90's, thanks to encounter with the DJ / producers Yano, Conrad and Ottomix, Max B begins to love and to propose the 'African' musical genre characterized by slow bpm and ethnic influences and electronic equipment.This turn led him to perform at the console of the most important clubs and events linked to this music alongside the biggest DJs in Europe.Meanwhile, the longstanding friendship with DJ / producer Raf Marchesini became an important artistic partnership that will deliver many productions and remixes: Children of Drum 'El Canto Del Pilon', ST Connection 'Jingo Chic' remix, Yano 'Rumba Gitana' remix ,Marchesini & Farina vs Max B 'Majestade Real' and the remix for Wild & Klosman feat. Audrey Valorzi "Discover".In 2009 he released his last production made with her partner, Raf Marchesini named "Raf Marchesini & Max B 'Farao', it became one hits, climbing all the charts week after week.In 2010 he released his new remix ever made with Raf Marchesini for the new production Loco Tribal 'Kuma Ya'.In 2011, always with Raf Marchesini makes the remix for the new album Loco Tribal Kanta Fallah "and with Fedo Mora the rmx for Matt Petrone "Better Day".In 2011, always leaves her single "Samba Reagge" that leads him to the heights of numerous Italian and international charts.The Official video youtube scale the charts and is transmitted in the major musical themes TV.In 2012 realizes the remix for "Electroluv vs. Raf Marchesini" - Do not stop moving right 2012 - scaling the European charts.