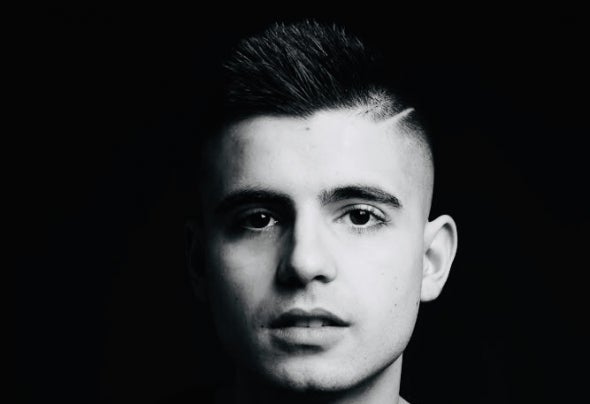 About Matthias 'Matty' Heilbronn Overview: DJ/producer/remixer Matthias Matty Heilbronn has established himself as a formidable presence in the international dance / electronic music landscape. His distinctive style earned him a spot on DJ Magazines Top 100 DJs In The World where they described him as one of the true unsung heroes of house music, and in DJ Magazines Top 10 Covermount CDs of the Decade, Matthias earned the ..1 position of the decade for compiling and mixing his seminal Wave/Chez/Naked compilation. As a DJ, Matthias has graced the decks at some of worlds most premiere venues including: Londons Ministry of Sound and Fabric; Uks Southport Weekender; New Yorks Cielo, Loveand the legendary Palladium, Twilo, Sound Factory Bar and Body & Soul; Paris Respect Is Burning; Ibizas Pacha and Space and Tokyos Yellow & Air. Although renowned amongst heads for his soulful garage house sound, his DJ sets reveal a much broader cross-section of influences, described in Britains 7 Magazine as a spellbindingly eclectic set where his panoramic journey across often arbitrary musical genres, created a sense of New York, both past and present. Background: After being introduced to underground house music culture when he heard seminal DJ / producer Larry Levan at the legendary Paradise Garage, Matthias relocated from Germany to New York City in order to fully pursue his love of music. Through his job at Axis Studios, he learned engineering, programming and editing under the tutorship of mentor Franois K. He became roommates with house music icon Frankie Knuckles and would soon have the privilege to meet and work with Larry Levan and Tom Moulton. As one of New Yorks most in-demand editors and programmers, Matty worked on songs by Michael Jackson, Madonna, Whitney Houston, Mariah Carey, Boys II Men and SWV. He also worked with an array of influential house music producers including Danny Tenaglia, Todd Terry, Tommy Musto, C&C Music Factory and Franois K. Matthias teamed up with his partner Mike Delgado and, under the Deep Zone Productions moniker, composing and producing some of the biggest Garage tracks of the time including: Deep Zone feat. Ceybil Jeffries Its Gonna Be Alright, and were also commissioned to provide remixes for artists such as Soul II Soul, Randy Crawford and Crystal Waters. In 1995, he began collaborating with fellow German native Mousse T., producing and remixing tracks for his Peppermint Jam Productions imprint, while remixing for artists like Blueboy, Backstreet Boys & Paid & Live. The following year, Matthias crafted II Deep Productions producing and remixing an array of essential house anthems for some of dance musics most influential labels (including Wave Music, Chez Music, King Street/Nitegrooves & Masters at Work)and artists like Anastacia, Everything But The Girl, Abstract Truth & James Ingram. In 2003/04, his original productions, Nature Boy and That Girl (released on King Street and Wave Music, respectively) as well as his two part release Go Getter feat. Abstract Truths lead singer Monique Bingham (released on Papa Records/UK) garnered rave reviews. While remixes for Motown recording artist Remy Shand (Rocksteady), Tom Jones (Black Betty), Bootsy Collins (Dance To The Music) MKL vs. Soy SOS (Her Song) and Dimitry From Paris feat. Omar Strong Man maintained Heilbronns status as an in-demand remixer. He was selected by Wave Music to compile and mix the third installment of their successful Deep and Sexy compilation series. Here and Now: Heilbronn produced and co wrote three songs for French artist Hanna Hais album Rosanova, released in early summer 2005 (Atal Music), a tech house entitled Like This on Satoshi Tomiies label SAW Recordings, a collaboration with singer Inaya Day , entitled I Made It on suSu Recordings, recently finished two productions for Puerto Rican artist The Candela All-stars (Brobombique & La Gringa) and is currently in the process of recording and compiling his upcoming album release The Soulflower Project consisting of all new and orig. material. The follow up single with Monique Bingham, Now What on Joey Negros imprint Z- Records, a collaboration with Jon Cutler and an upcoming ep on Peppermint Jam are all set to be showcased at the music conference in Miami in March, and he is currently in the process of mixing the next installment of the hugely successful compilation series Bar Grooves, to be released on Seamless Recordings in the UK in July 2006, with a world tour to follow.