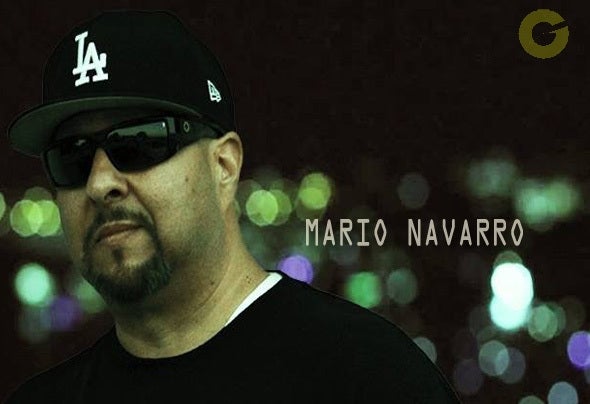 With influences ranging from early 70's-80's disco, P funk, Free style, Underground Hip hop, Turntablism, And of course his preferred Genre Techno and House music. MARIO NAVARRO AKA DJ NAVARRO successfully straddles the line between A well respected Los Angeles/Hollywood club DJ and Knowledgeable Remixer/Producer. Navarro's sound is best known for his Heavy, pounding, in your face drum patterns, and driving baseline's with a hearty dose of latin elements, crafted and mixed in a way that is truly identifiable as his own. Complex effect play, off-kilter melodic tweaks and pitch perfect long riding mixes are mainstays of his sonic arsenal. But NAVARRO's wild card is an ability to inject warmth and soul into his Music. The result is an impressive discography filled with unique statements, otherworldly surprises, and undeniable club stompers. This DJ / Remixer / Producer is truly serious about his music. Initially he was introduced to the art of the turntables and flawless mixing by his cousin as a teenager and also was fascinated with hip hop "DJ battles" at a very young age. Navarro has been actively behind the decks for over three decades. He grew up and become educated within the Los Angeles underground and back then the underreported house music scene throughout the 80's and 90's, developing a genuine passion for electronic beats and enticing dance floors. Allowed to witness and meet many of house music's legends during this period, it wasn't until inspirational encounters with Los Angeles renowned DJ's and producers that Navarro truly realized his calling. A career of music making and DJ'ing around the world was to be his. For Booking and Info: mario.dj.navarro@gmail.com