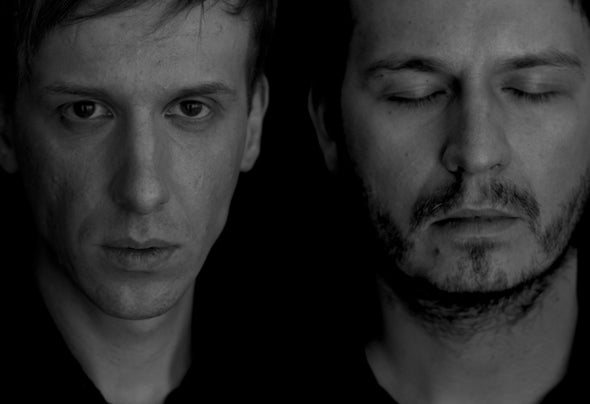 The unique partnership is the brainchild of local dance music aficionado DJ Vidis. He teamed up with top Lithuanian producer Mario Basanov in 2007 to form the most influential local production combo and to deliver what could be the freshest sounding and most adventurous House music in Lithuania and around. Their first production effort, a remix for Atjazz and Robert Owensí song Love Someone, caused a stir - it was picked and banged by the likes of Gilles Peterson and Pete Tong. And their first solo track called Test was featured on triple Defected Presents: Gilles Peterson In The House compilation even before being signed and released as a single. It was also faved and played by Jazzanova, Atjazz, Laurent Garnier, Toby Tobias, and the likes. Vidisí and Marioís first vocal track and video Iíll Be Gone featuring young but much promising Lithuanian singer and songwriter Jazzu became national phenomena on itís own right. Hitting number one in radio charts, not leaving MTV Baltic Top 20 for half a year, and becoming the most blogged and Youtubed Lithuanian music video ever says it all. Second video single, and yet another cooperation with Jazzu, ìWhoís Shot the Silence?!î won almost all possible local and international awards. The video itself is an artistic contribution getting their own music label's Silence message through. And the single featuring British songstress Kathy Diamond as well as vaguely provoking black and white video cemented their reputation as local institution and the purveyors of top quality deep sounds.