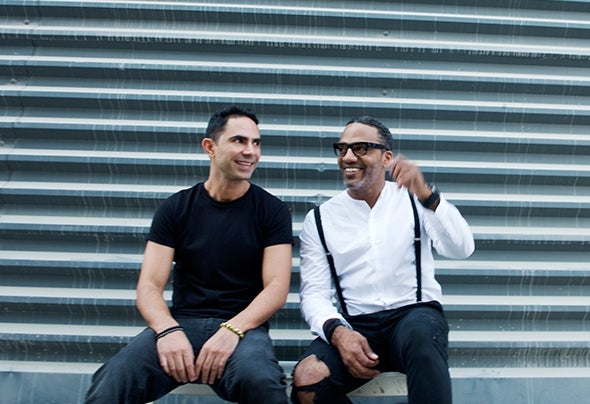 Music introduces a kind of pleasure which human nature cannot do without'. That about summarises it, Mar+Mer is the collaboration of a hugely talented duo that after a night out with their sounds you will want to know personally. Their productions impact deep into your soul, you will want to press repeat but also want to know, embody, be the people behind the music. The addictive beats they produce has an essence of rawness and magnetic appeal. Collectively, their music is derived from four decades of modern music marked by an energetic performance of enthusiasm; positive auras, infectious melodies, and bouncy rhythms spilling onto the dancefloor amidst a sea of good vibes. Marshall is a charismatic character whose calmness and intrigue into the world generally, is addictive. His creative partner in crime , Mermand has a uplifting and energetic outlook on life that compliments the creative music scene that they frequent and command. Marshall was born into a musical family, he began his love for music in Washington, DC. His dad, Pete Marshall, who enjoyed success as an RCA recording artist and his late godfather, Van McCoy, famed Composer of “Do the Hustle,” were his first influences. It is no surprise that his love for music would propel him into a musical career. London raised Mermand’s love of electronic music began at a young age in the dynamic house music club scene of London where he was able to combine his classical music background with his passion for electronic music. With them both having successful releases on major house music labels, the joining of these two already strong DJ/producers and the contrast of the music has never made a crossing of the seas such an attractive prospect to listen to.