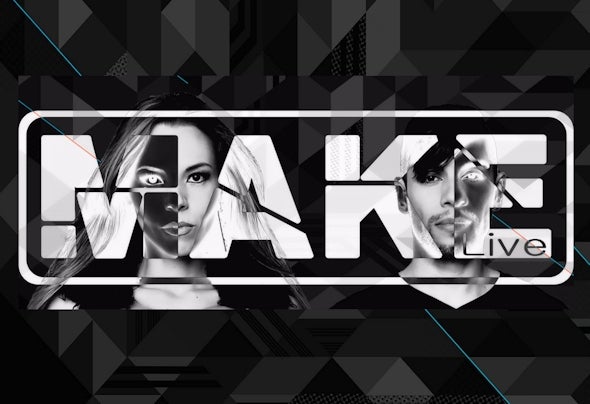 Make Live is a Duo of DJs/Producers from South of Brazil formed by Joe Hander & Lerian. In 2013 MAKE had two importants releases on the labels, Columbia Records with the track "Medallion" and in the Island Def Jam with the track "Fire Rain", both in the United States. In 2014 they did launch at Inwama Records of Ibiza of the Ep."Brazilian Drop". Have also launched tracks in labels such as in England, Germany, India, Vietnam and South Korea. MAKE was Special Guest Mix with the "MK ON AIR" in many radios around the world, such as Swurv Radio Las Vegas, Diesel FM Miami and B-Sonic show in Europe. They were also residents in "The Movement Radio" in India and "HKGFM Radio" Hong Kong for two years. In 2014 Make started the Asia Tour in Beijing capital of China, in the trendy Circle Club, after this they played at the Magnum Club, one of the most highly regarded club of Hong Kong and in Malaysia they were also residents in the Soju Room in Penang and Soju KL in the capital Kuala Lumpur, all clubs from the same label, agency and production company Worldwide Platinum Records. In 2015 they were the first Brazilian DJs that played at the Ellui Club of Seoul, which is among the three biggest and best clubs in South Korea. In Hong Kong Joe and Lerian also do modeling, act in commercials, local production of films and Hollywood movies as "Now You See Me II" and "Snowden" where they were directed by the great director Oliver Stone, both movies will be launched in 2016. The passion that the Duo has for the eletronic music produces exciting beats, engaging breaks and harmony in the mixing, with Brazilian background lead to the clubs energy and vibe in the House and also transiting by other styles. The pleasure of make music is what best defines the Duo MAKE Live!