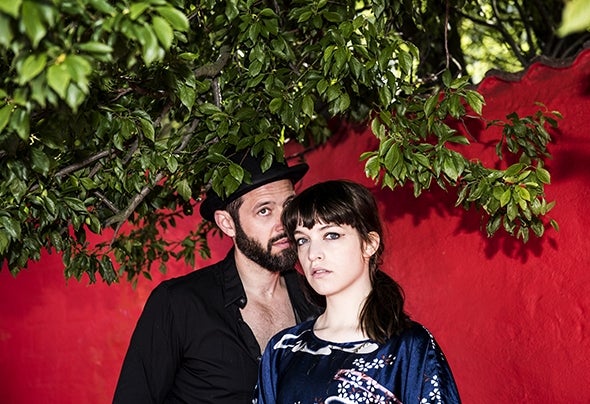 Lydmor/BonHomme is the unification of two very different personas and well- established artists from the Nordic music scene. On one hand there is the eccentric Bon Homme, who is mostly known as singer/bassist in legendary, Danish disco-kings WhoMadeWho, but also as a esteemed remix artist, who previously worked with acts such as Digitalism (DE), Hot Chip (UK), 2 Many DJ’s (BE), etc. On the other there is the young singer and producer Lydmor, who has toured throughout most of the world both as a solo act and in collaboration with established acts such as Arsenal (BE), Alle Farben (DE) and so on.Now Lydmor and Bon Homme have joined forces in a new project combining the very best of their respective qualities - a lethal concoction of pounding beats, captivating synths and hook-ridden melodies. The two are also known for their outrageously intense live-sets, which only a few select audiences in their native Denmark have yet experienced – until now. Lydmor & BonHomme are ready with their next joined venture – their first album ‘Seven Dreams Of Fire’ and touring activities that will take the duo onto new heights!