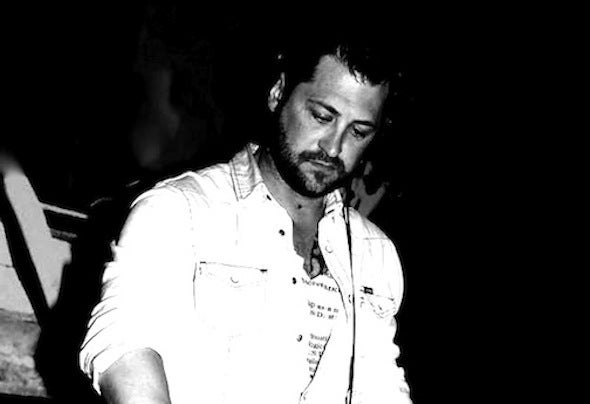 Creativity, passion, talent, enthusiasm, innovations... just two words: Luca B@x. When love for music meets verve and grit of someone who loves to involve and upset the crowd, the result won't be anything than sublime. This union of accomplishments and skills sums up Luca B@x's career of producer and disk jockey. Born on July 1980 in Italy, in a city close to Milan, he approaches house music world by random when, still young, loves animating friends parties with his best friend, thanks whom, sharing the passion for the music, Luca has the chance to step up into clubs and private parties. He immediately understands music is for him like vital lymph so initial simple curiosity for record player, such a formidable instrument that can mix two music, becames a need of studing to acquire consolle's technique and mastery. After working for little clubs near Milan, in 1997 Luca appears for the firs time into night music world showing his skills at “Take Off”, a club in Varese. It starts a long period of importants collaborations, like the one with Paolo Bardelli, a very crucial character for Luca HYPERLINK "mailto:B@x"B@x's career. Playing in so many clubs as T-Ring, De Sade, Nausicaa, Celebrità, Cafè Atlantique, Art Club, Matroneo, Vanilla’s, Le Rotonde, Villa Titilla, AltroMondo, Peter Pan, Mirage, becames real the idea of making the night world his job! You know, artist's beginning is not always so simple: for Luca too, the street to achieve his dream was often very hard. During the day he's a worker, but at night he wears headphones and he turns into a crowd enchanter. His music has such an emotional charge to rise him up, while his grit, toughness and personality help him in musical study and experimentation to attend an exclusive and original style. In 2008, after many collaborations, Luca HYPERLINK "mailto:B@x"B@x reaches a goal becaming Resident Dj at Bolgia, a famous club in Bergamo, where he succeeds playing side by side with national and international guest such as Roberto Intrallazzi, James Zabiela, Tomas Schumacher, Felix Da Housecat, Flavio Vecchi, LeRoy (Prodigi) and other house music disk jokeys. It's exactly here that a series of important collaborations take place: he offers his skills for Les Folies de Pigalle, playing at “El Matadore Party”, and for “Made in Italy”, famous Ibiza's party. Luca's career starts steading. Many years have passed since when he tryed to learn secrets and skills of those he used to call “teachers”: Ralf, Lippoli and Joe T Vannelli are no more so far away. In 2011's new year's eve, Luca HYPERLINK "mailto:B@x"B@x plays with Sven Vath for the party “Capodanno d'Italia” at East End Studios in Milan, while few months later, in April, the 16th, during “Salone del Mobile”, he attended the Unconventional Closing Party at the San Siro's hippodrome playing a four hours set in front of 6.000 people. In the summer 2011, Luca with “Alliance”, group for whom he takes care of musical productions, organizes the “Supernature” nights in a location along Lago Verde's shores. The opening party was attended by more than 2000 people, taking also the attention of “Corriere della Sera” that spents a section about the organization. The success allowed to broadcast this sound live radio every saturday on webradionetwork.it. In September 2011 starts the collaboration with Din Daa Daa staff at the famous club in Milan: De Sade. Here Luca HYPERLINK "mailto:B@x"B@x becomes resident dj playing with guest like Tania Vulcano and Davide Squillace. Not enough, in October 2011 he plays for the Time Warp Official After Party, a great national and international event, receaving a lot of cheerings. During the cold winter of Milan, Luca warms up the hearts with his exclusive style: he organized the Decibel party at De Sade club, playing as resident dj, and performed at Queen Club in Milan. Last success is a broadcast named MusicEnjoy Live on a italian frequency radio. Here Luca plays every week a two hours live dj set, for his fans happyness. “Music – Luca says – is and will always be the only thing I can get excited from”: is this a promise?