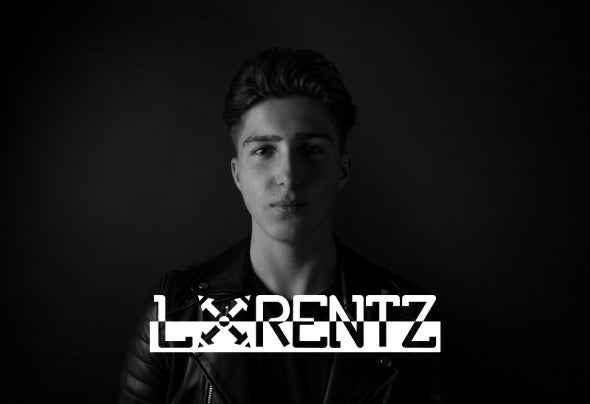 Lorenzo van Kooten, better known as Lorentz, was born in 2002 in Helmond, The Netherlands.   Lorentz signed his rst recorddeal at the age of 17 and released his track Override on the label Generation Smash, the label of Dimitri Vegas & Like Mike. He started DJ’ing at the age of 12 and it didn’t take a long time when he was already performing at his rst dancefestival in front of 2.000 partypeople.   At his very young age he performed already on prestigious partydestinations like Starbeach, club Pacha, Amsterdam Dance Event, different clubs in holiday destinations like Albufeira and Chersonissos and many more.   His eagerness took him to discover the clubscene at a age he was still not allowed to enter the clubs. Dispite his young age the list of his performances is long because with his DJ’ing skills it was easy to put him in any line-up and in front of any audience.   The musicscene is his home. Now with producing his own music, Lorentz is ready to be discovered and share is with the world. He cannot wait to perform on dance festival or any club in the world and let the people raise their hands up in the sky.   “LIVE YOUR DREAM”