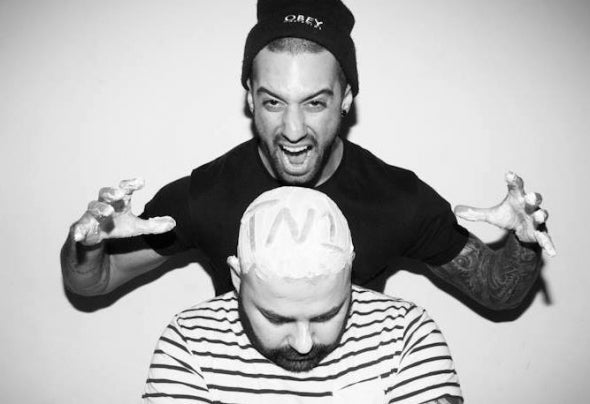 Cut to the year 1999 when Shlomi Levi played at the “Camp Nou” at the European Cup Finals. It was the game of Manchester vs Bayer Munich. He rocked it there and how, and from there he went to become the Manchester United FC Official DJ for two seasons. As his charts were burning up the dance floors, his popularity began to sore and he added another feather to his cap when he was chosen by the Red Bull Music Academy when he won one of the world’s best DJs not once but twice!Since then there has been no looking back from Shlomi Levi. He has played in numerous clubs such as TI, Escape and Super Club in Amsterdam, Super Club, Pacha and Ministry of Sound in London, Hoaman, TLV, Cat &Dog and Riverio in Israel as well as in countries like Bulgaria, Italy, Hungary and many others. Radio too has been his domain over all these years. He has been a favorite on Radio and TV Israeli Channel 2 which is undoubtedly the main channel in the country of Israel.Besides he has also worked in Radio Tel Aviv, 102 FM and Radius 100 FM, Voice of Peace, MOS Radio, MTV, FTV and BBC 1.In spite of being adjudged one of the best DJs in the world more than once, Levi’s passion continues to remain intact and he is always at the top of trends looking for the best music and what gets across to youngsters. It is therefore that his remixes such as REM, Rita, Mashina, Avicii, Anne Marie Bush and Eurithmics have been so immensely popular. Levi truly believes that to be a good DJ one has got to show the passion and you do indeed know that passion is what comes through in his remixes.With his DJ remixes burning the charts all over Europe Shlomi Levi is one of the hottest DJ& producer around. Levi has had more than 30 releases in the year 2012 and three videos that are already in MTV. Apart from his personal website www.shlomilevi.com , he also has a YouTube page, a Facebook fan page and a Beatport page. Levi has tracks such as Jas Number 1- (Shlomi Levi remix ), In My System and Love Is a Desert are super hits of this year. Numbers such as Anne Marie Bush and Midnight Bomb has charted all over Europe in the current year.His hottest number in 2012 however has been A Little Mystery. This track has been making re- appearances on MTV time and again and has had more than 400k hits on YouTube.Moreover Levi has more than 10 unreleased tracks including all time hits I Believe, Lost and Free by Stevie Wonder that hold a lot of promise. Levi’s reputation has not built overnight as you can imagine! After all Rome was not built in a day!In the years to come Levi is committed to bring even better numbers to his listeners and admirers around the world. So stay tuned in, and keep burning the dance floors Shlomi Levi style!