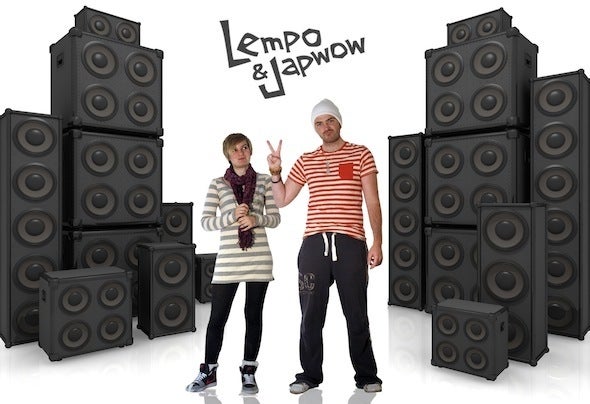 So, who are Lempo and Japwow?Mike McGuinness and Claire Savage. An international DJ/Production duo based in Manchester, UK, dedicated to bringing a fresh angle to the ever- changing club scene with their own unique style of electro-swing infused with Tech house.After studio engineer Claire Savage and creative designer Mike McGuinness met in late 2010, there quickly followed a string of releases making their way onto dancefloors across the globe. Working with the Industry’s top names including Artful, Will Gold and Nancy Sinatra, the duo’s releases have also been supported by the likes of Capital FM, Tiesto, Erick Morillo, Benny Benassi, Roger Sanchez and Laidback Luke.Between them, they boast over 300 releases on labels such as Cr2 Records, Skint Records and SuSu Music – leading to chart success' on Beatport, TrackitDown and The Music Week Club Chart. Not to mention, their own number one selling house label, Applique Music.Mike is a well established figure in the UK club scene as resident DJ for Manchester brand Bitch and as a Radio Presenter on Manchester Global. Claire has had several successful production pseudonyms, most notably as Wonk, which led to the launch of her own electro-house imprint Wonked Records.DJ tours have taken them to everywhere from Australia and USA to China and New Zealand performing for world renowned brands such as Ministry of Sound, Pacha, Cream, Space, The Warehouse Project and Sankeys.