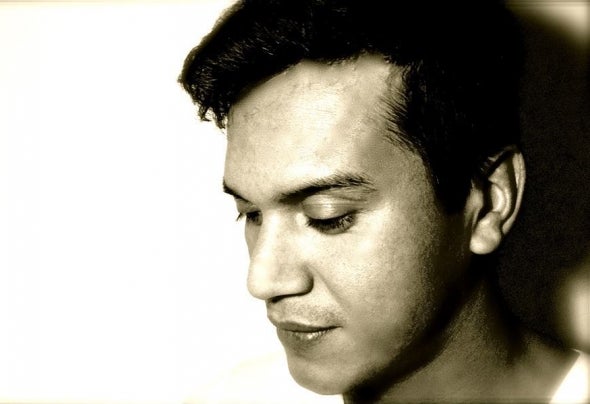 Born in the city of Guayaquil, Ecuador, South America, Charlie began his career as a musician at the early age of 14 as a lead guitarist and singer in his high school band. Having always been passionate about music, after starting the band,Charlie ́s talents developed and led him to learn and play the bass, piano and drums amongst other instruments.At the age of 18 (1998) when the skateboarding scene took off in Ecuador, it began to influence Charlie ́s understanding and taste for electronic music. This was a fundamental part of electronic musical development for Charlie. Bands like Depeche Mode, Erasure, Pet Shop Boys and many more led him to explore the electronic sounds of the live music scene. At this time, in a town called Montañita on the coast of Ecuador, live music and DJ nights were becoming a popular attraction and Charlie turned his interest towards performing as a DJ. Charlie took himself to Montanita occasionally performing at events, alongside the best dj's on the national underground scene such as Jose Elias Wated, Pancho Piedra and others who were imposing the first beats of inspiration for Charlie as he entered into the journey of energy and harmony with electronic music.In 2004 Charlie was invited to play as the resident DJ at a local bar in Montanita which over time expanded to become the biggest electronic music event along the coast of Ecuador thus bringing several renowned DJs such as, Dave DK, Alejandro Vivanco, Mihallis Safras, Allendes Francisco, and Jose Elias Wated to perform. Charlie was also credited for his success in creating very popular electronic events at which these renowned DJ ́s also played.In 2008 Charlie undertook a new project in the form of Hola Ola Cafe also in Montanita. Charlie was an integral part of the team responsible in the making of Hola Ola and was quickly established as the most popular dj in town and was resident with Hola Ola for 3 years. His status, music cataogue and DJ talent at Hola Ola drew crowds worldwide and provoked much interest from local TV and Radio stations who regularly broadcast Hola Ola ́s famous party nights. Danny Tagle a good friend and Radio DJ frequently broadcasts Charlie's mix on his station 11Q in Ecuador. successful event organisers in the world. He has worked hard to develop the elctronic scene in Montanita creating further events in the place appointed the infamous Lost Beach Club. Kam,the creator of Global Unity Movement, is responsible for the best electronic nights in Ecuador bringing to the country the best DJ's in the world of electronic music such as Jamie Jones, James Teej, LeeFos s , Audiofly, Tale of Us , Steve Bug, Adultnapper, Wolf & Lamb, Pillow Talk, Mr. C,Francesca Lombardo,Damian Lazarus, etc. These renowned international DJ ́s are a huge inspiration to Charlie with whom he shares his style and taste in music.In addition to his successful residency at Hola Ola, Charlie has also played at Dharma Beach,Asia Cuba in Gauyaquil, Nativa Bamboo, Electromundo, Cana Grill and Private Parties too.Charlie is now resident in London where he is continuing to develop his DJ career playing at venues across London including Grind, Ministry of Sound and Bush Hall. In addition to his regular DJ'ing, Charlie studied music production with Point Blank Music School. He is an up and coming producer to watch out for making his mark in the deep and tech house music scene by creating new and fresh sound.   A close friend and manager of Charlie is one of the most