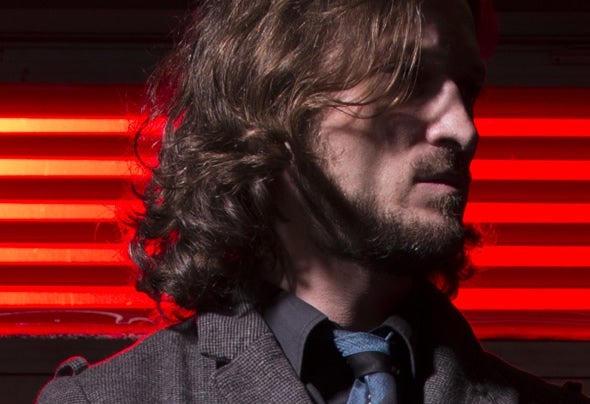 It would be difficult to categorize Lagardere, to put him in a box and to label him with a style well defined. His music is influenced by funk, jazz, hip-hop, techno. It is definitively the music in all its spectrum which revitalizes him every day and which he loves to distil with strength and a deep soul through his charmingly visionary sets and his productions. His music is marked with a kind of soft madness, making him a most singular artist, and his recent hypnotic dancefloor gem "Pharaoh" proved it once again. Lagardere has mastered his own musical vision without any strict genre boundaries. He has released tracks on Villa Magica, Vanina Hänin, Kawaya Music, Ai Records, Viking Music, and has brought to life numerous projects such as Subtone Trio, an electrojazz combo with his father, and the infamous electrorock combo The Living Dead Boys. Playing in the underground scene in the mid-nineties, he quickly became involved in event organisation, running the Escobar, a basement devoted to electronic culture and live performances in Geneva. For more than four years living in Berlin, Lagardere has played in every main club of the city, as well as traveled extensively around the globe making crowds dance, with a talent to build every set into a unique musical trip. Awarded in 2002 from the Ecole Supérieure des Beaux-Arts - Genève - cinéma section, Lagardere was born and raised into an artistic family, and began to learn music when we was 6 years old. His father was a professional trumpeter for 40 years, performing in the world acclaimed classical orchestra "L'Orchestre de la Suisse Romande". Curious about all forms of music, he naturally turned to spinning records under different aliases. His still growing appetite for rhythm and non-stop passion for music continues to push him to study drum, piano and singing, allowing him to flourish as a drummer and lead vocalist in numerous local bands.