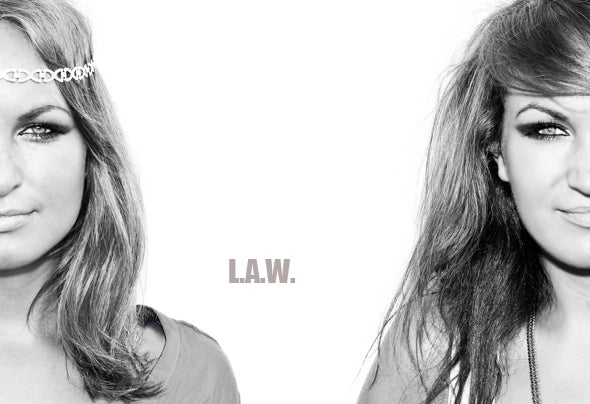 L.A.W. is L.isa and A.lice W.allace, two sister DJs from Northern Ireland who share a long-lived obsession of Techno music which led to the girls joining forces as a DJ and production duo in their teens. Their early inspiration from SLAM, Dave Clarke, and Phil Kiernan crafted the soundscape for L.A.W. The girls have since released on 'We Are Genius' and 'Slap Jaxx' and have held residencies in Northern Ireland, Liverpool and Ibiza, appearing in Space Ibiza, Privilege, Eden, Es Paradis, Shipping Forecast, Sankeys and WHP's Afterlife.