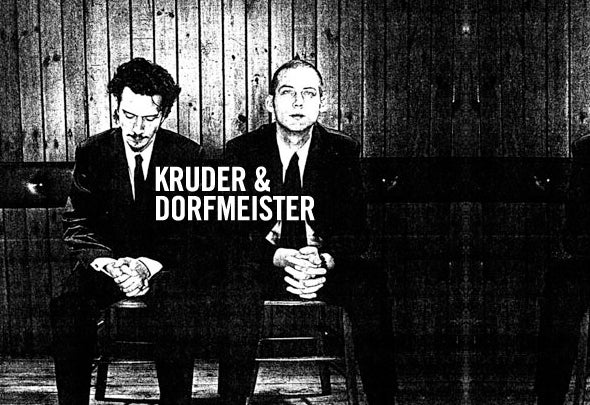 Ever since they appeared on the scene back in 1993, Austrian producers and djs Peter Kruder and Richard Dorfmeister have set standards for a whole genre: They simply are the godfathers of downtempo. But there is more to these outstanding artists than any one genre could comprise! Their dj-ing, aptly showcased on their 'DJ Kicks' (!K7) mix-cd from 1996; their remixes, compiled on the "the G-stone sessions" from 1998; and their own productions, from 1993s 'G-Stoned' EP to their latest output as Tosca (Dorfmeister) and Peace Orchestra (Kruder), mostly released through the duo's own G-Stone Recordings label, have made the various facets of the austrophonic sound world renowned, They have rocked the global groove nation solid, applying their trademark mellow movers, funky beats and uptempo breaks, dub flavours and jazzy drum`n`bass, escapist soundscapes and killer basslines to devastating effect. Respect was earned in dj circles and on the floor as well as with lounge music lovers and the home listening community. It can be said, that K&D have produced an essential part of the soundtrack of the 90ies, given the omnipresence of their music in clubs, bars, cafes and not the least home stereos all over the world. But there is by far no end to K&D's journey into sound. Recently both Richard and Peter have shown a taste for faster and harder sounds, heating up dancefloors and pushing boundaries. So look forward to the next decade of K&D - the future of K&D is certain to be as exciting as have been their first years (very nicely documented in the 'G-Stone' book&cd, released 2000). And don't forget to check their G-Stone label (www.g-stoned.com).