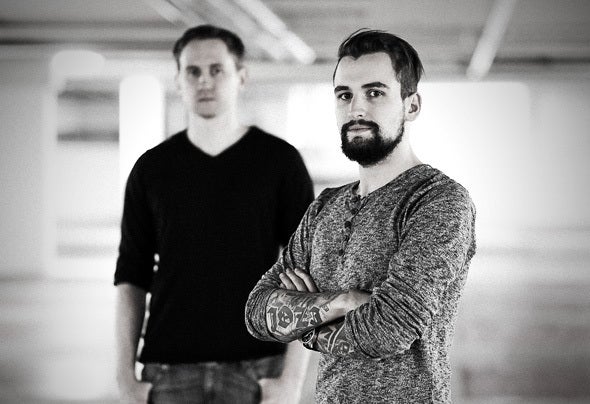 The New Generation They are well known for their melodies, pushing drums and powerful basslines, always danceable for the crowd! Through these characteristics they are loved by the fans of energetic techno music, and even became inspiration for other producers for their own work! Bastian Krischmann and Oliver Klingenberg attended a music school! Bastian played the Cello and Oliver the piano, both soon were fascinated by the wide range electronic music! Since that, they knew that they wanted to create something on their own… and so equipment was bought, software installed and much time invested. With time they were rewarded for their hard work with a high interest in their tracks! Impulsivity and creativity are two principal points, which are very important for them! Talent: Releases Quality soon gets around and so first labels were interested in releasing their tracks. They already released on all popular labels like Naked Lunch, Driving Forces, Abstract, Compressed, Skull Tunes, Parallel 125 or even the popular I.CNTRL Records. The fast disposal showed their talent, and it’s important to mention that their tracks are often used on compilations too! Reward: Travel The World Their fanbase grew and so they travelled all around the globe! They already played in places like Russia, South America and of course all around Europe! But also in their home country they played on festivals like the popular Ruhr In Love or Nature One and also in famous clubs like the legendary Tresor in Berlin!! Furthermore they were the first “German Techno Act” who ever performed in South Africa! Evolution: They Love Techno Most important for good music is to create it with passion. K&K just want to do what they really love to and so their sound went more and more from Hardtechno into proper Techno. Krischmann and Klingenberg still stand for a grown-up, emotional and unmistakable sound. Who seeks for an expressive sound experience K&K is the right address for you! In a fresh, innovative and dynamic way they take new lines and so spearhead a new technogeneration.