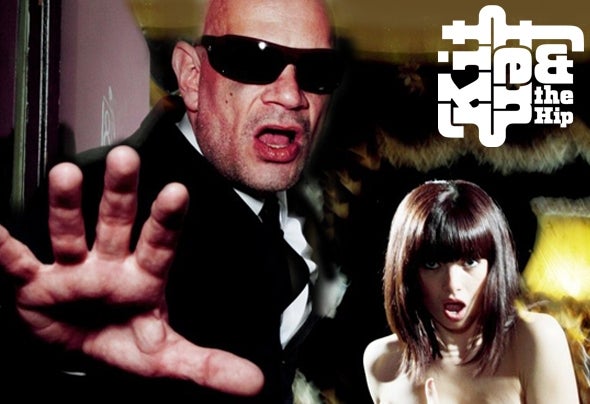 Kitten and The Hip started almost by accident in 2011.Ashley Slater and Scarlett Quinn had been working together as a songwriting team for a few months when Ashley presented Scarlett with an idea for a song in a call and response style called “Don't You Worry”. Lyrically, the song follows (in the time honoured tradition of many jazz and popular songs such as Curtis Mayfield's 'Pusherman' to Fats Waller's 'You're a Viper') the trials and tribulations of someone trying to get hold of some 'reefer' late at night.The music was in a swing style, though composed by Slater and not sampled, and fit easily into the current genre called 'Electro Swing'. The track was signed by HedKandi records literally the day it was finished and released several months later. The YouTube videos for the track have a combined hit total of circa 50,000, which makes it a minor hit by t oday's crit eria.Don't You Worry also had radio support from Radio 1, Kiss FM, Jazz FM and local radio.Slater and Quinn decided to launch a band off the back of the single and toured a bit during the spring and summer of 2011 as well as performed at a number of small festivals and gigs.Towards the end of 2011, they met Nick Hollywood who runs one of the larger electro swing labels and they decided to work together on future releases.In 2012 the band was on the road from April until Sept ember, playing at a number of higher level festivals, including Bestival, Beatherder, Boomtown, Wilderness, Secret Garden Party and Glade. They also had a number of concerts abroad including Paris, Odessa, Moscow, Kiev, St Petersburg, Luxembourg, Amsterdam and Madrid.Currently, Kitten is writing new material for their summer of touring, their single 'Shut Up and Dance' is being released on February 15th on 3Star Deluxe, their single with Rory Hoy called 'Who's Gonna Pay for That?' is out on Tall House Digital in March and Scarlett features on the Skreamin Colours single 'Nothing' on 21 January. Their '2013 warm up' single 'Shake It Out' is released on Bandcamp on January 29th, and has already had airplay on Kiss FM, Jazz FM, XFM, Radio Reverb, Juice FM and others.