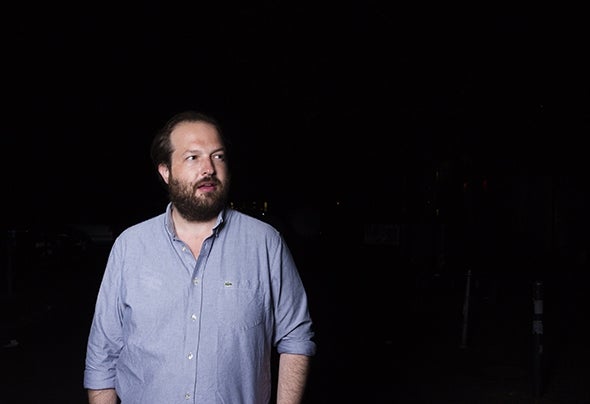 Kenneth Scott spent his formative years surrounded by hippies in a small town in rural Iowa, and somewhere amongst their penchant for Trancendental Meditation they introduced a young Mr. Scott to rave music. Soon after, between dabbling in Hip-Hop production, tinkering with cheap hardware, and full immersion in mid-90s House, Drum N Bass and IDM, Scott found himself on a one-way train to the distant shores of San Francisco, where his bastardized melange of electronic dance music was welcomed with wide-open arms.After several years building notoriety as a promoter, collaborative performer, and consummate after-party DJ extraordinaire, Scott shifted his attention more seriously to solo production, which is currently garnering him increasing accolades in his new home of Kreuzberg, Berlin. Trying to find a balance between BBQ’s in Gorlitzer, mornings at CDV, said after-party DJ demolition acts, and attempting to keep up with the demands of him actually making something that resembles house music, Kenneth Scott is a busy man still on a one-way train, with no brakes – as proven by upcoming releases on Vakant, Circus Company, Bad Animal, and his affiliation with live improvisational futurist techno troupe The Hong Kong Cavaliers.