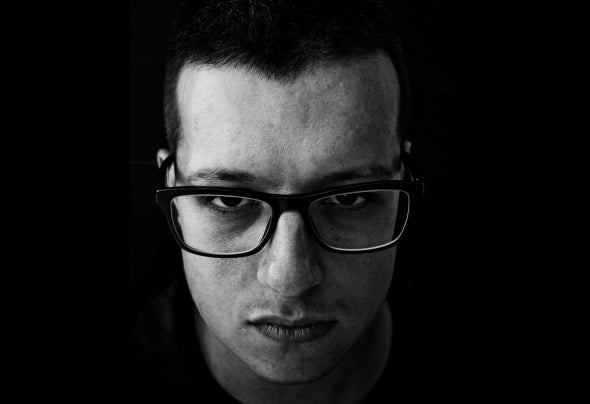 Joseph M., existing since the end of 2006, is the solo music project of Giuseppe Muzzu. Giuseppe Muzzu was born in Tempio Pausania in January 1984 and began to live his passion for music at the age of 12.After approaching and learning the basics of music as an autodidact, he started to show a clear interest for the electronic sound with strong tendencies for Detroit's house and Techno music: this explains why his musical inspirations are unmistakably to be found among the pioneers of this gender: Jeff Mills, Derrick May, Juan Atkins, Kevin Saunderson, Carl Craig e Richie Hawtin, to name just a few of the most significant masters of house and techno. Working as a PR man in many clubs and helping to organise numerous events in Sardinia, he developed a particular sense of sound, which has a distinct signature and is definitely different from the usual sound of the Italian music scene. His fascination for techno grew constantly over the years, so that he bought his first turntables and a MC-303 Roland to create his own sound.A new producer was born... Between 2008 and 2009, he participated and contributed as organiser to Ableton Live's courses and was himself taught by big names of the Italian scene like Fabio Sestili, Giulio Marcesca and Andrea Deplano. In 2011, Joseph M. created a label called Diligentia Records,a meeting point for many Sardinian artists. Joseph M. is currently considered as one of the most successful djs in the Sardinian techno scene; a status that he owes to his skills obviously and, of course, to his productions and sets that are being played on European radio stations (Spain, Greece and Germany) as well as to his collaboration with Basstation, Family Groove and Disorder Crew. Joseph M's musical research is experimental and ambitious and has a clear goal: the perfect synthesis between the old school vibes and the new techno sound.