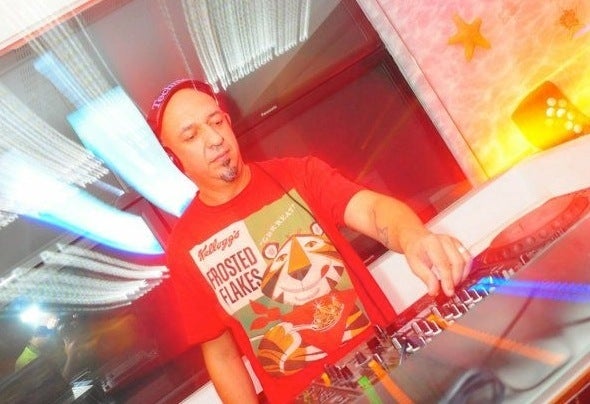 Jay patterson? You might have heard of him by the name of Dj Petty. His trademark is a diet of deep, dark and sexy beats with dark edges and dubbed out grooves... Jay's as been playing the wheels of steel for long as 1987. In the summer of 93 he played a major roll, along side Carlos Manaca, in the introduction of underground house music to Oporto dance scene at the After Hours celebrated in the legendary club Cais 447, he played also as resident at clubs such as: Chic, Fashion Club, Mercado, Praia da Luz, Caffe In, Santa Gota. Has Free Lancer is been presenting itself in most clubs from North to South, like Pacha, Rock's, Kadoc, Locomia, Alcantara Mar, Rivoli Porto, Vogue, Challenger Club (Porto Santo) Pedra do Couto, Eskada, Andromeda, Park Club, IRS, among many others. He was also invited to play outside the country including Brazil, France and Spain. This artist has shared the booth with several naticional and international dj’s, such as Dj Vibe, Carlos Manaca, Xl Garcia, Jiggy, Pete tha Zouk, Frank Maurel, Rui Vargas, Tó Ricciardi, Little Louie Vega, Carl Cox, Ralphie Rosario, Silicone Soul, Todd Terry, Joeski, Victor Simonelli, Dj Spen, Dj Sneak, Eddie Amador, Chris Coco, Alan G, Lenny Fontana, Dj Danz, Dj Antoine, among many others. Having participated in several national compilations. In 2004 he begins in the area of production and has produced several tracks. 2006 is marked by the launch of its first theme, this time has already edited several issues, including "Love on Fire, Game, among others. Jay Patterson is currently owner of your own label Deep Soulful Recordings.