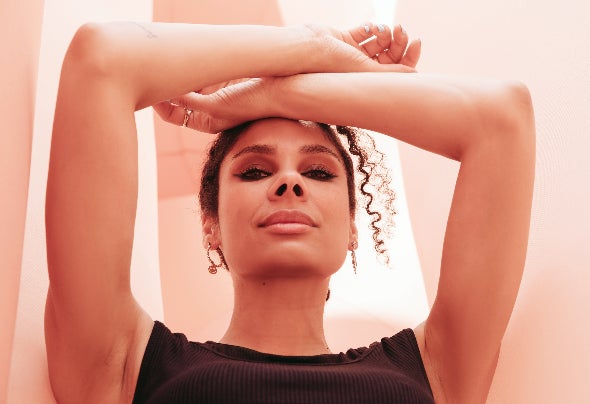 JAMIIE is a talanted DJ and producer with German Nigerian roots based in Berlin. She sees herself as a selector who loves to bring music to the people, using it as a cross-cultural language. JAMIIE’s musical taste and choice of sound is influenced by her African roots, closely intertwined with her early experiences with House & Techno when she discovered “The Steve Mason Experience’‘ on BFBS radio. Her sophisticated and beautifully crafted DJ sets are defined by vast electronic sounds. The emotionally charged atmosphere, the alternating deep, melodic and synthesizer-kissed components are in a constant synergy with tribal elements colored by a rhythmic, percussive and spiritual energy. When playing, her infectious smile, cheerfulness and inexhaustible presence behind the decks electrifies the crowd in no time, enflaming dance floors worldwide. The spark and power of her versatile sets, her Watergate residency and her role in the RISE collective make her an internationally demanded artist, having her play on renowned festivals and clubs across the globe and sharing the stages with high profile artists. Her first EP "Mussoya", Bambara for "Femininity", which was released on the label Monaberry in 2022, has received major recognition. The EP and single reached The Beatport Afro House Top Ten and got support by artists like Pablo Fierro, Oliver Koletzki, Just Her, Geman Brigante, Andhim and many more.