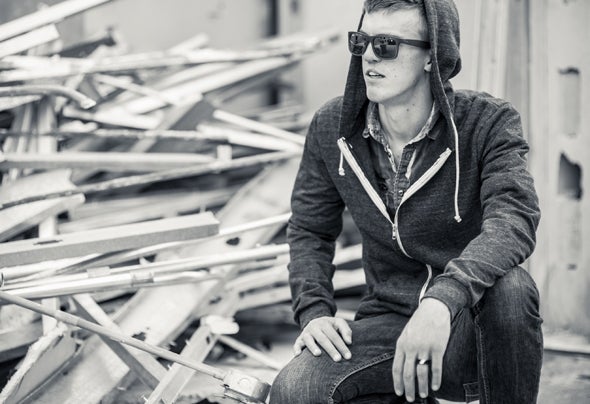 Bridging the gap between heavy bass-driven bangers and sophisticated musicality, James Egbert is leading the evolution of electronic music with a fully charged vision and purpose. Inspired by an endless passion for his fans, he sets the bar higher with each song and performance, committed to deliver only the very best of both. The Colorado-based producer and DJ started off a breakthrough year in 2012 by topping the Beatport Electro House, Dubstep and Progressive House charts with his self-released EP, “In The Beginning”. After earning a slot on North America’s largest dance music festival, Insomniac’s Electric Daisy Carnival in Las Vegas, he continued to bring his explosive live show to fans in every corner of the US, making a stop in Tokyo along the way for his Japanese debut. Armed with remixes for will.i.am, Busta Rhymes, Far East Movement, Eva Simons and even Earth, Wind & Fire, James finished off the year by flooding people’s playlists with his energized versions of current hits and timeless classics. 2013 kicked off with the release of his original track “Chopper” on Burn The Fire Records which explored new realms of sound design and tempo changes, forever breaking the accepted formula of electro house music. Pushing the envelope even further, James enlisted the help of rising dubstep star Schoolboy to create "The Silver Lining", a 3-song EP collaboration that tells the story of mankind’s attempt to save the world from galactic destruction. Assuming we survive, expect a brand new album of James Egbert originals just in time for the summer.