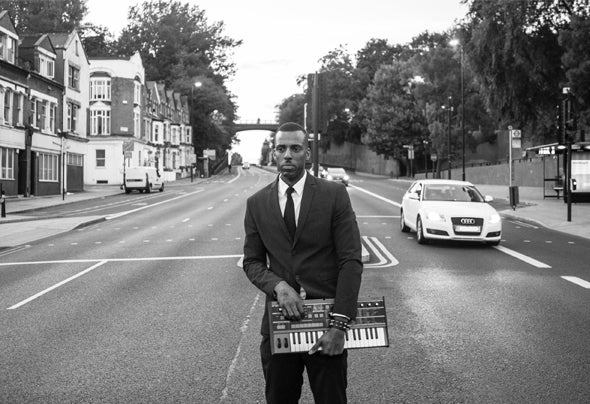 JSM JAVAN PRODUCTIONS otherwise simply known as Javan is an electronic music producer from London England. Being exposed to music at a very young age through his Father being a singer, older brother as a DJ, and listening to his Sister’s Reggae and Raregroove tapes, he naturally fell into the world of music. At the young age of 13 years old he was taught to DJ by his older brother. Javan was surrounded by all types of Music. Ranging from Reggae, Funk, Jazz, House, Hip Hop, Dancehall, and & UK Garage to name a few. Over the years JSM has been spinning within many London Clubs such as The Qube Project (formally known as Pacha London) , Cafe De Paris, Piccadilly Institute,The Rainforest Cafe, Metra Nightclub Leicester Square, Tiger Tiger London, the memorable Turnmills nightclub EC1, Studio Valbonne, Egg Club Kings Cross, The Shoreditch Hub and many more. His inspiration comes from various music and film producers. Such as Loose Ends, Kleeer, Larry Heard, Kraftwerk, Marshall Jefferson, Tenor Saw, Kris Menace, Nikola Gala, Kerri Chandler John Carpenter, Robert Zemicks, Alan Silvestri and so many more. Since the year 2013 his productions have been growing, and consisting of his own style of music called ‘Future Funk’. Along with other House and Deep Techno tracks. The aim with his productions is to bridge the gap between young and old, every colour and greed, and to simply enjoy Music. As he often says “Music is a friend and a form of Escapism”. Do check him out as he comes with a new wave of sound.