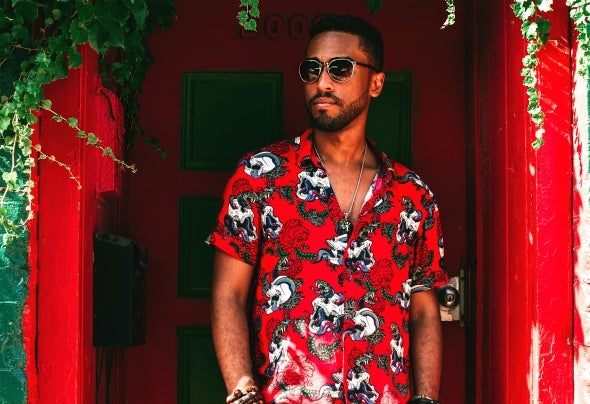 Coming from a rich and diverse musical lineage, J’s music embodies the principles of music culture that can only have been catalyzed by his cross-cultural Chicago and UK upbringing. J's music has received critical acclaim and support from Pete Tong, with his track ‘Robotic Warriors’ being featured on the respected DJ’s Radio 1 Playlist (BBC) ‘Bedroom Bedlam’ segment at the young age of 14. Fast forward to today and J has performed at venues across Chicago and shows no signs of slowing down. When DJing, J fiies the flag for 4/4 dance music, and his DJing style is often cited as a hybrid of house and techno. He is influenced by the pioneers who helped shape the sound into what it is today, some from his hometown of Chicago such as Marshall Jefferson, Frankie Knuckles, Phuture, Joe Smooth, and Todd Terry to name just a few. As far as production, J is very versatile across genres, with Timbaland and Kaytranada being some of his biggest influences, J is no stranger to variety in his music. J is currently featured in NPR as one of the top 5 DJs to watch from Chicago (2019) and is setting the wheels in motion for his upcoming releases which are set to drop in 2021 and beyond.