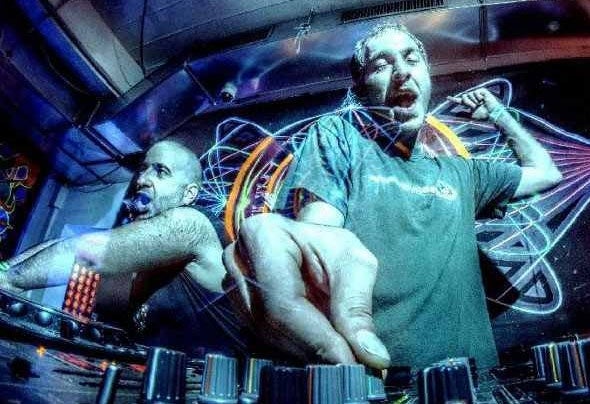 Gone have the days when a Psy Trance producer could easily be recognized as a dread-locked, chillum- smocking hippie: Bjorn Grashorn (also involved in Imago) and Jan Drapala (One half of Hyperion) represent an up-to-date generation of skilled producers.Though their rather discreet outer appearance might not give rise to the suspicion, the music from their mutual studio is kicking, twisted and fun-loving as it can be.J&B project was founded in the environment of the Amplidudes, a clique of friends from the city of Hamburg who spend quite all day long producing music and partying. Since 2008 the two of them have teamed up to ill-treat their neighbours by getting especially their bass sounds as fed as possible- which turned out to be great fun for dance floors, as the increasingly good feedback from here confirms.