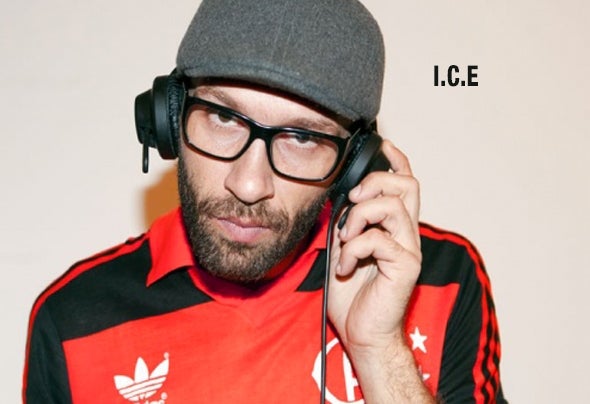 Born in Brazil at end’s of 70’s, Anderson aka ”I.C.E”, ”JUNK NORRIS”, and second part of duo KOMPLEX,...been spending half life playing basketball in every court found on his way, ..at same time trying to resolve the quantic misteries of the universe and his great mom’s food!! ..and also partying hard in a mean time.......theres a rumour that he’s got abduced at end of 2000ac. after spend a holidays in a Touareg camp, playing organic drums at middle of Sahara desert......some people said that he trips everywhere in Cosmos connected on energy channels, ...it could be an explanation about how he appears in Es Vedra at beginning of 2003ac.......no witness presence on the event....other People said that hes just a normal guy that travels by sale boat and play this particular beats called by the humans “electronic music”, expecificly groovy and funky “house music”....nobody know exactly how he’s got arrived in Ibiza, where he lives untill now....sometimes he give’s a try to make some groovy electronic beats .