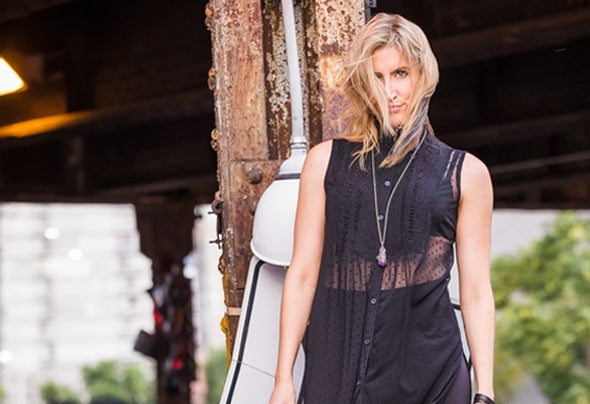 She can’t really recall life without music. Her classical training began at age four with violin, and never one to sit still for long, it was followed closely by piano, clarinet and drums. She grew up performing in symphony orchestras, jazz ensembles and marching bands, and started composing classical music at the age of 10. Yet despite the enjoyment gained from these experiences, she always felt something was missing.It wasn’t until years after university that she finally connected the dots. A relentless consumer of music, it became self-evident that electronic music moved her like nothing else. Then a chance introduction to Ableton Live flipped a switch that forever changed how she interacted with music. Inspired to her core, she set about recharting her path and reigniting creative ambitions, leaving the corporate business world behind in favor of the deeper fulfillment that music always offered.With broad influences ranging from Boards of Canada and The Chemical Brothers to Dmitri Kabalevsky’s piano concertos, Nine Inch Nails and Johnny Cash, she’s at home in the studio, drawing on the fertile ground of classical training and an insatiable appetite for both sound and technology. As a DJ, her performances are dynamic and emotive, driven by relentless curation and an energetic, intuitive connection to the dance floor. Her productions feature the same complex, melodic elements as her DJ sets, with a focus on intelligent, forward-thinking sounds from across the spectrum of house and techno.