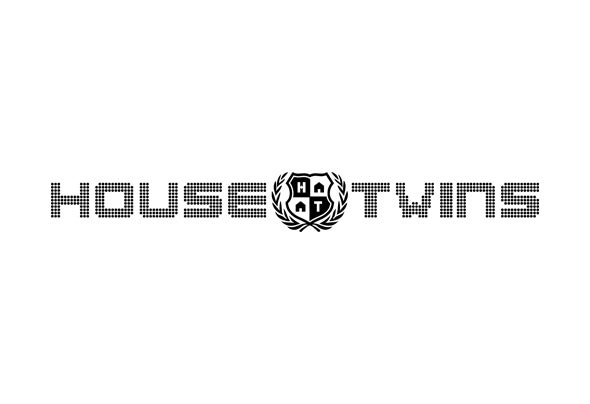 They first appeared onto the music scene in 2010 and currently the Greek electro duo HouseTwins have rapidly merited a renowned and solid name for themselves.Ever since 2011 and their breakthrough track “Never” feat. Elle, they produced numerous chart topping singles such as “Feeling” feat. Lisa Ray and “The Night” feat. Carlprit and Lio.The summer of 2012 marked the release of Slick Beats, Shaya and HouseTwins collaboration, entitled “Summer’s Αll Αround”, which was used on the TV campaign of Carroten sunscreens, #1 sunscreen brand in Greece.Their 5th single “Don’t Let It Go” was released together with Cristi and their next hit single, “Heaven”, was released in the summer of 2013 featuring the mellow vocals by Chris Kid.At the same time HouseTwins started dreaming big and released their first official EDM single “Rockstar” in collaboration with Sugar Faktory.HouseTwins’ popularity is rising among the fans of EDM music, as their second electro house single, “Alphabet”, was acknowledged by Beatport fans and reached #25 on Beatport's TOP 100 Electro House Chart. This track is a big room banger, operating with a drum led theme and matching drops the HouseTwins-style. Supported by Jacob Van Hage & Roma Pafos, Emrah Is and others.Moreover, a mash-up series came to life in Fall of 2013 featuring well-known house/dance tracks. With performances, upcoming gigs, mash-ups and big releases throughout the year, the future looks full of sugar and spice, as they’re a proud member of the Sugar Faktory team.In February 2014 was released their 9th single "Leave It All Behind" - a progressive house track featuring the vocals by Andy Nicolas.During these years, HouseTwins have participated in MAD Video Music Awards, the biggest music event in Greece. Their first performance was at the 2012 MAD VMA with Shaya and Slick Beats and their latest one at 2013 MAD VMA with Courtney and Risky Kid.AndrewBorn and raised in Athens, Greece, Andrew fell in love with music while young as he started studying the piano at the age of six.His team spirit stroke when he created the uplifting / psychedelic trance duo StarChildern along with his twin brother Peter, and managed to sign with Digital Underground and Discobole Recordings, both Sony Music sublabels. From 1999 till 2005, StarChildern released over 50 tracks that have been featured in compilations such as “Transistance” and “Melodic Morning”.JohnKnowing exactly what he loves the most, music that is, John has been active since 2000 under the name SpaceOdys s ey.In 4 years time he managed to release over 30 tracks in collaboration with Discobole Records, Sony Music sublabel, while Djing in big Athenian clubs such as U-Matic and Plus Soda.Since 2005 he’s been writing music as Ion and has released about 70 tracks with the help of several international labels such as Spun Records (USA), Phantasm Records (UK), On The Move Music (USA), BNE (Israel), Yoyo (Israel), Turbo Trance (France), Y.S.E. (UK).The last years he accomplished to play in numerous clubs and festivals like “Universo Paralelo”, “Club A” and “Shamadi” in Brazil, “Dears Music International” in Japan, “FullMoon Festival” in Germany, “Good Food Productions” and “Positive Makers” in Moscow, “Drops Reflections” in Austria, “Origenes Festival”, “Dimension Festival” and “Altaristica Festival” in Mexico.