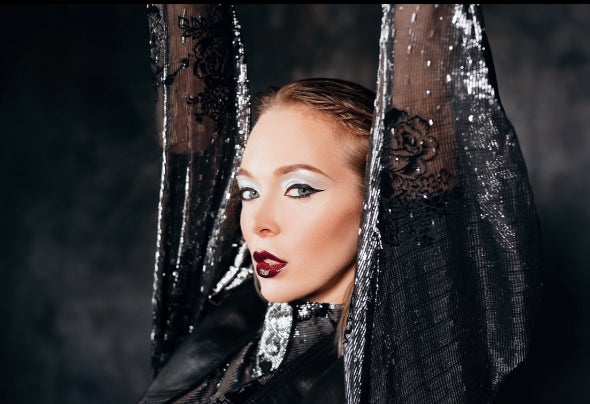 Music is the rhythm of her life, creativity is the meaning of all. The main passion of a successful model HEY! LEN is electronic scene, DJing. In just a few years she managed to build an impressive international career. HEY!LEN’s tour schedule is impressive! The best clubs of Ukraine and abroad, KaZantip Festival , the legendary island of Ibiza and no less legendary island of Goa. That is not a coincidence. HEY!LEN produces her own music, prefers playing vinyl. In her mixes, she balances between the melodiousness of house music and the dynamic techno groove. She performs in the well known clubs of the island of Ibiza such as EL Pacha, Café Del Maggr Lounge, at the famous parties Beautiful People and Fuck Me I Am Famous By David Guetta. At the same time, HEY!LEN’s sets are played on the air of the popular local radio station — Ibiza Live Radio in the show «Irregular Groove» By Cristian Coddoy. Gently weaving ethnic motifs, the depth of the deep-house and plangent hypnotic passages, HEY!LEN achieves a special effect on the dance floor: she manages to surprise people, to lead them. The girl follows the same creative principles in her own music. Vinyl label Artreform released a record «We Are Alone» — HEY!LEN’s three author’s tracks, an interesting combination of deep- house, acid and techno. HEY!LEN always strives to open new horizons in music. As a result, the author’s soundtrack for the movie “Future in the Past”. «For me, music is the communication of soul with the material through notes. Music is the perfect language. Language of the soul. With the help of music, I can fully express my experiences, feelings and do it much deeper than it could be done with words,» HEY!LEN says.