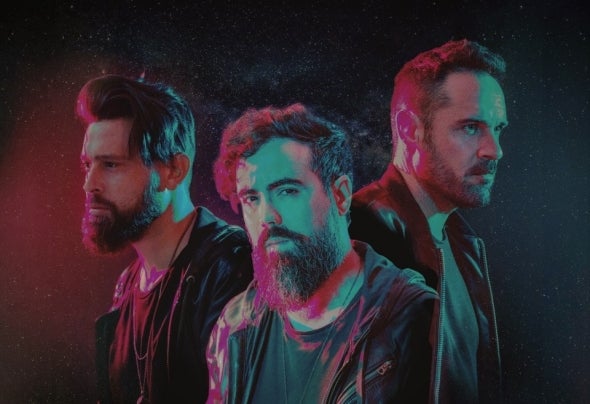 As one of the brightest talents in the electronic music scene, Henry Saiz has crafted a unique path in his musical career. Not following any trends and refusing to fall into any category with his trademark sound that combines influences from club music and a wide range of styles, like 80 ́s pop or progressive rock to name a few, his constant growth across the globe enabled him to spread his art to new audiences. His music has always been marked as forward thinking in approach and groundbreaking upon delivery. Taking advantage of both, his experience as a DJ and as a multi-instrumentalist musician, and wanting to get closer to the crowd, back in 2013 Henry decided to bring to the stage a new live band format, accompanied by Luis (drums and guitar) and Eloy (vocals), as well as a visual show designed for the occasion. The Henry Saiz & Band show works as an uninterrupted session that combines the intensity of a DJ set with the energy of live music. Up there with the best, one of the highlights of the live band concept was their Boiler Room debut in 2015 where guys delivered absolutely outstanding performance full of soul, powerful grooves, seductive vocals and thrilling emotions showing their particular approach to electronic music. So far these three true artists produced our audience’s favorite tracks and collaborated on some of the top beats of the underground scene. This unique format allows the band to perform not only in clubs and venues but also in live music festivals. The Henry Saiz Live Band show has been featured in clubs and festivals around the world, among which we could highlight Ultra Music Festival Miami, Sónar Barcelona, Glastonbury, SW4 Festival London... plus the best clubs in cities like Buenos Aires, New York, Los Angeles, Chicago, San Francisco, Tokyo, London, Mexico City, Moscow, Sydney, Melbourne and many others. Forever on an elaborate creative mission, and with a constant desire to expand the limits of their comfort zone, last year the Spaniards launched a world-traveling audiovisual project through Kickstarter. Riding high off reaching the funds required to produce this dream audiovisual project, Henry Saiz and his team were travelling the world with the aim to create something profoundly unique and no doubt very special. This effort of trying to examine the relationship between environment and sound will materialize at the beginning of 2018 with a release of a sophomore album and a film that will be a combination of both documentary and fiction and which will be a visual interpretation of this journey.Their perfect blend of electronica, acoustic instruments and a visual show creates a unique opportunity to discover the thrill and a contagious atmosphere Henry Saiz & Band bring with each performance. Every time walking onto the stage these three bring no ordinary experience every follower of live music shouldn’t miss.