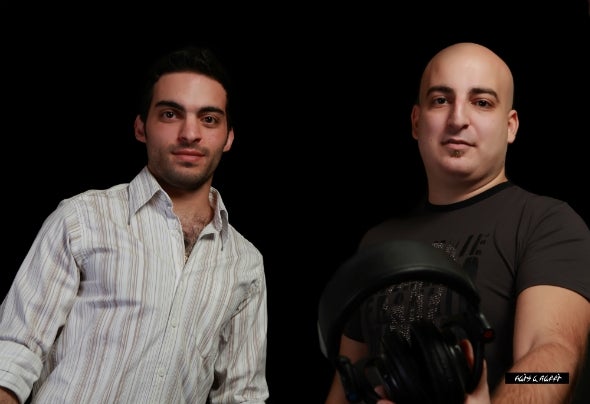 Haigaz 'Haig' Yossoulkanian; born 2nd Of October, 1986 & Raffi Nersessian; born 2nd of September, 1985. Both to a Lebanese-Armenian family.Since the early stages of their teenage years (around 1998) they discovered their passion towards a different genre of music: Trance!For a complete decade the nature of Trance lived inside them, from attending gigs and major events to listening every single day, trying to figure out the aspects & elements of this particular style of music."We wish we had done it earlier, we didn't have the capabilities back then...but it's never too late". It's the common quote they always say to each other.They spent most of their times talking,analyzing, & even discovering more details about one single topic.As the days were rolling and the technology going up straight, one day they came up with the idea of having their own radio show 'Sensual Bliss'.So that was it! 'Haig & Raffi' Project was born in April 2008. After starting the DJ career, they decided to launch the production part of them also. Despite all the difficulties at first, they managed to dig through and continue what they've already started.Being confident in what they deliver, they can assure you this is just the beginning.Haig & Raffi present 'Sensual Bliss' on 2 different global online stations: Afterhours fm & Trance fm. As of March 2013, Haig & Raffi are the founders of their own record label 'Sensual Bliss Recordings'.