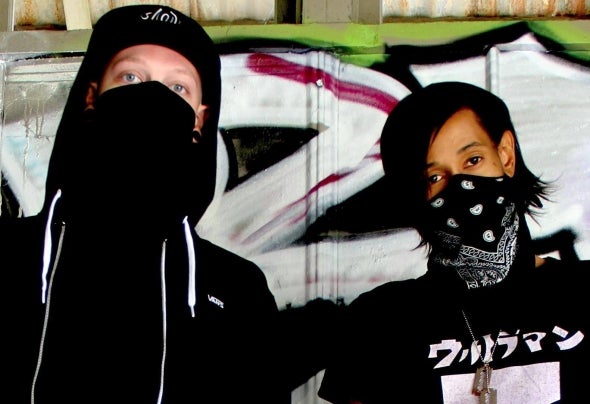 After a massive rookie year, the Gutter Brothers are set to share their refined sound with the world. With crisp, boomy production and pulse-raising mixes, the Gutter Brothers have been gaining fans and respect worldwide. They were a featured artist at Insomniac's Beyond Wonderland last year, and headlined their first of many international shows in Saint Petersburg, Russia this past November, which led them to begin planning a Russia Tour for the coming Spring. All of the Gutter Brothers' Beatport releases have charted on the Hip-Hop Top 100, and they released more than 30 tracks in the span of a year, including over 20 original mixes, onlabels such as Ultra Records, High Intensity Records, Clubtapes, Freakstep Records, and Hood Famous Music. The Gutter Brothers have performed alongside David Guetta, Chuckie, Afrojack, R3hab, Crizzly, Watapachi, Slander, Caked Up, Dity South Joe, The Hi-Yah's, Notixx and more, and have received support from artists such as Borgore, ETC!ETC!, Kennedy Jones, KickRaux, Brillz, Victor Niglio, Jackal, Tomsize, Rell the Soundbender and Ash Riser.