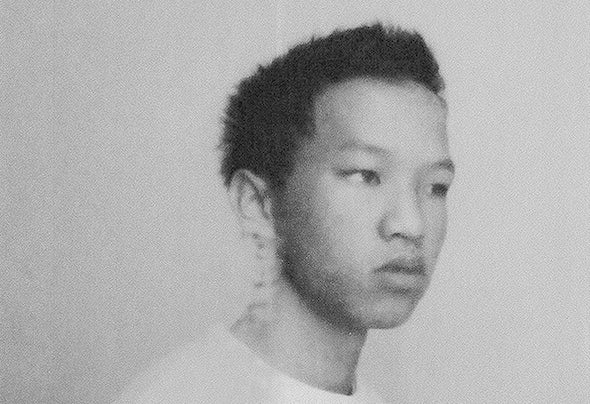 Canadian born, Sydney based solo producer Lavurn Lee aka. Guerre (pron. Gair) will release his debut album Ex Nihilo (pron. ex nee hee lo) on Friday 4th July via Yes Please / Remote  Control.  First single ‘Deatheat’ was premiered via XLR8R who described the track as "a tranquilizing blend of delicate textures that appear as moving as they are fragile... the intimate cut establishes a hazy atmosphere, sucking listeners into a vacuum of lush, ambient sonics throughout its The Line Of Best Fit premiered second offering ‘Tuk’ describing the song as "Filtering spoken word inaudibles through shadowy rhythms and rippling bass, “Tuk” evokes an intoxicating vulnerability. One that requires you do nothing more than let the chanting percussion and reclusive harmonies take you over completely. Expect much more to come from this thought- provoking young artist." Ex Nihilo was recorded over the course of a year in Lee's garage with a laptop and some production help from Marcus Whale (Collarbones). Of the record Lee's says, "It was a pretty personal pursuit, the songs had a lot of time on their own. I would make the tiniest changes over a prolonged period, so in a way it feels like it came out of nothing. My older stuff was so much more emotional, personal and sentimental, whereas the new album is much more disconnected from that. It was an opportunity to see what type of music I could make if I 'removed' a level of myself. I started making 'dance' music, because of the environment that I had surrounded myself in, both socially and sonically. In this album there's a new way of thinking about expressing in rhythmic value more so than melodic or structural value... it's some kids fucked up way of making emotional rhythm based music."