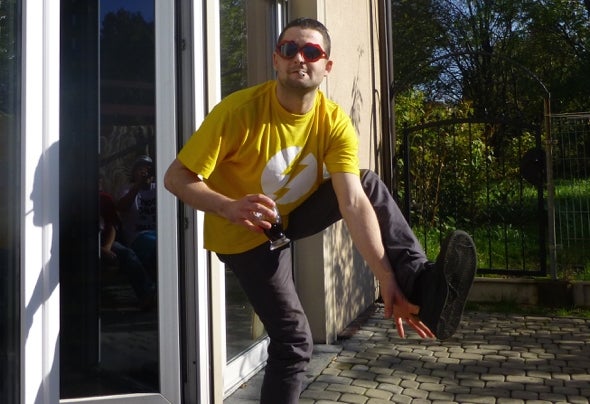 Groh! is today well-known artist among Silesian clubbers, who since his early ages been interested in music and clubbing culture. Everything has started in the 2006-07 period, w he attended his first club party at Silesian Club Inqubator.That’s a place where love for music creation was born apart from passive listening and partying to it. Silesian Club is a place not only for every weekends’ event, but also the leading site for meetings of jet set from djs and producers community. That is what ruled Groh’s! forward attractions and aroused a desire to implement his own projects. Among man artists, his main inspiration and patterns from which he’sbeen drawn own ideas for production are pearls of Polish clubbing producers as SLG, Piotr Bejnar or Kuba Sojka. They constantly surprise clubbers with their skills and that’s what Groh! intends to achieve. His main purpose is to expand his talent so that with every performance he could grab attention of an audience and get a live response for sounds coming up from behind the console. Musical genres that mostly inspired Groh! are main streams of deep style eg. Deephouse & techno and also minimal techno and tech-house.Lately the artist fell into relations with many labels, and even released few tracks which can you find on his profile. Groh! as a young artist puts a lot of work into own projects andthere are no arguments against that music is his daily bread. Now when the artist has its own home studio, there’s nothing on the way to reach a success and significant position on a clubbing stage.And that’s what we all honestly wish to him!