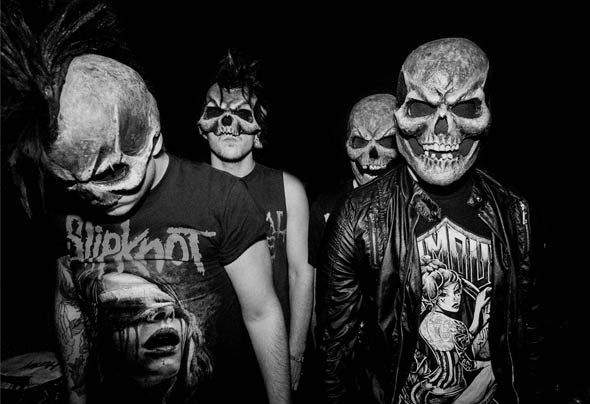 Gomad! &Monster is a group of DJs/producers/musicians who broke into the Spanish electronic music scene really hard at the end of 2012. G&M was born as a result of the conformism reining the Spanish electronic music over the last few years. The idea was to create an innovation, not only on a musical level but also as a show where the public takes an important role. In the summer of 2012 they became the official resident band at "Zoologico Club Madrid" (the most important club in Madrid), 2013 is the year where they were proclaimed as one of the most sought after artists in Spain, getting to play at some of the most important clubs and festivals: Arenal Sound, Low Cost Festival, Dreambeach, Aquasella, SOS 4.8, Territorios Sevilla, Sunhound Festival, Madness Festival, Alicante Spring Festival, amongst many more. After an agenda full of shows during the summer, they released their G&M Video Tour, where we can see them on a rampage through most of the summer festivals in Spain and where we can preview two of their new songs: "Stop" and "Tungsten". After 2 years of hard work, they were nominated in the Vicious Music Awards for "Best Newcomer Artist of the Year". 2014 is the year that Gomad! & Monster launches their career as music producers. Their first release "Rotten" was released on march and then "Stop" and "Tungsten" released on June. We can almost affirm that we are facing the ultimate electronic music band. Rave&roll…!!!