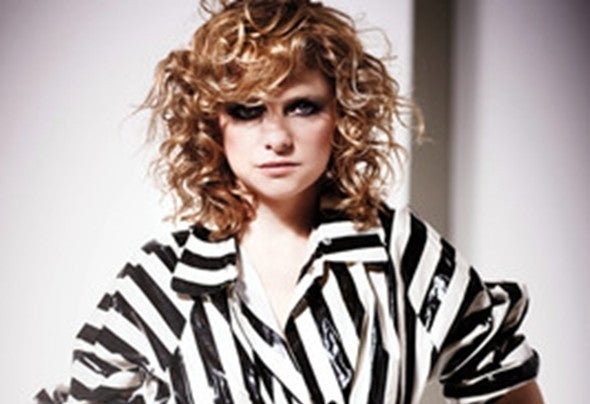 Bath, England's singer/composer/keyboardist Allison Goldfrapp began exploring music as part of her studies as a fine art painting major at Middlesex University, mixing sound, visuals, and performances in her installation pieces. While she was still in college, she appeared on her friend Tricky's 1995 debut, Maxinquaye, which led to appearances on albums from other cutting-edge electronic artists, including Orbital's Snivilisation and Add N to X's Avant Hard. By the late '90s, Goldfrappbegan honing her own compositions; one of her friends passed some of her demos on to composer Will Gregory. Finding much in common in their musical tastes and approaches, the duo took Allison's surname as the name for their collaboration. After signing to Mute in 1999, Goldfrapp delivered their debut album, Felt Mountain, in fall 2000. Felt Mountain went on to nearly universal acclaim and spawned several singles, including the Utopia Genetically Enriched EP, which arrived in early 2001. After spending most of that year touring, Goldfrapp spent most of 2002 recording and returned with Black Cherry in spring 2003. The "Ooh La La" single and the full-length Supernature, both of which continued the disco and glam rock influences of the duo's previous album, were released in 2005, while 2008's The Seventh Treemoved in a calmer, more acoustic-based, but just as sonically lush direction. In 2009, the group released its score to Sam Taylor-Wood's film about John Lennon as a youth, Nowhere Boy, which they recorded with a full orchestra at Abbey Road Studios. The smoothly poppy Head First, led by the Italo-disco-inspired "Rocket," arrived in March 2010. Two years later, the Singles collection, which featured the previously unreleased songs "Yellow Halo" and "Melancholy Sky," summed up the group's career to date.