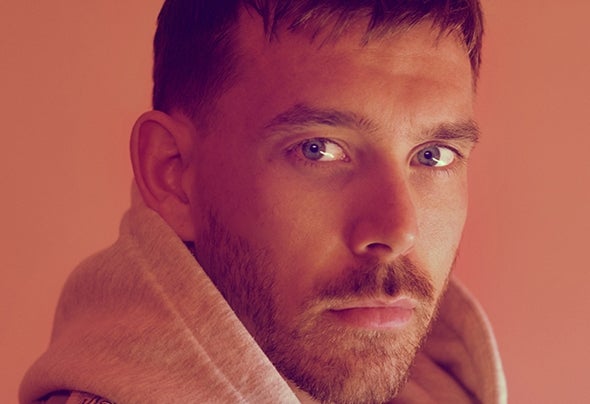 Dutch Producer and DJ Gold/Shade has been steadily building a name for himself since he dropped his rst single ‘My Muse’ earlier this year. Especially on Spotify people really embraced him, his love for tacky jewelry and his amazing brand of music. Charting high on streaming lists around the globe with singles like ‘Little Lies’ and ‘Lighthouse’, he’s releasing his debut album ‘Halcyon’ in October this year. Under the alias of Gold/Shade, the Amsterdam-based producer Fritz Nijman creates atmospheric electronic music in uenced by hip hop, trap and house. His love for music started at his rst part-time job. Not as local dj. No, he was the bartender in a small club, looking at the local dj. But seeing those all-vinyl hip hop sets being played, triggered him to swiftly swap Pina Coladas for Pioneers. Shortly after, he began experimenting with beats and electronic production. Creating mostly hip hop and baile funk beats. But he couldn’t rap to save his life and didn’t live anywhere remotely close to Rio, so he also started looking for inspiration in the fast- growing Dutch dance scene. With the likes of Skrillex, Dr. Dre and Flume acting as a catalyst, Fritz explored many different sounds and genres before he created the style that was closest to his heart. The sound that makes him Gold/Shade.