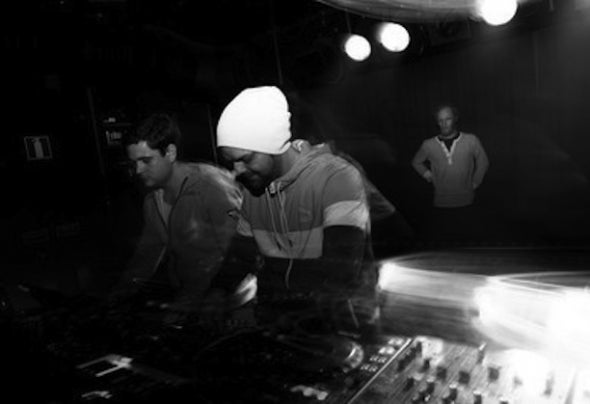 Go & MorgonTechno and Minimal music by Martin Mazzola and Anton Hultén / Malmo Sweden.http://www.gomorgon-music.tk/Go & Morgon is an electronic music project created by Martin Mazzola and Anton Hultén, also known from their independent techno and minimal aliases Martin Mazzola and Sweatsky, from Malmo Skane, the southern flatlands of Sweden.Martin Mazzola was born in 1979 and has been DJing for over one and half decade, having played at many underground venues in Sweden and festivals. He has been producing techno for the past four years now and describes his sound assomething between minimal and Tech-House.Anton Hultén comes from a similar background. Born in 1982 started his musical adventures in his first studio in the backyard of his parents house. Today his sound bares deep influences from the minimal psychedelic and progressivetechno and trance scene of 97-2001, but his sound continues to expand. He has released works onseveral labels including: Nervine Records, Miniuatura, Kitschy Records,Tracer Records, and he has received praise from well established artists forhis efforts.Together the boys have fused their musical visions of dark and light into their very own, original morning- tech sound. Their new project is all about the love for electronic music production and they have many tracks tucked away, just waiting for the right moment to release them onto the world.The future looks bright for these two.