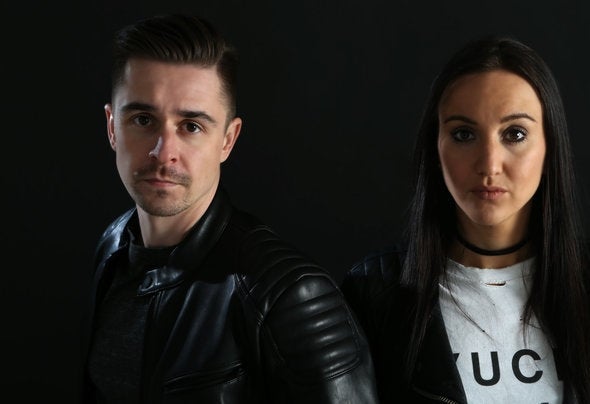 A musical concept of two people who share a passion for both music and for each other.Even though they grew up in the same small town in Belgium, it wasn’t until the summer of 2016 Gili and Craig finally met and started to share their passion for house and techno.They both had been working separately on their sound in the years prior to their encounter. Craig as a traveling dj around Eastern Europe and Gili building up a name for herself in the Belgian circuit with dj sets for clubbing institutions like Decadance.Not just satisfied with playing other people’s records, it didn’t take long for both of them to get bitten by the production bug as well. As a student of the world renowned SAE institute, Gili has rapidly been translating her innate talent for rhythm and groove into productions that are both musically and sonically club ready. Craig’s main focus has been on production for a good number of years. His productions have been released on some of the more influential labels in the scene like Tronic and Nervous Records.Back to summer 2016, when a first studio session together turned into much more than just a musical partnership.It didn’t take long for them to bundle their forces and start working on a concept that would become the main outlet for their musical vision. Gili & Craig were born.Now together they continue to work on their sound with 2017 set to be the official ‘birth year’ of Gili & Craig. A first track has already been signed to Great Stuff Recordings and the first dj sets are booked.If the ambitious vibe in the Gili & Craig household is anything to go by, these two are ready for big things.