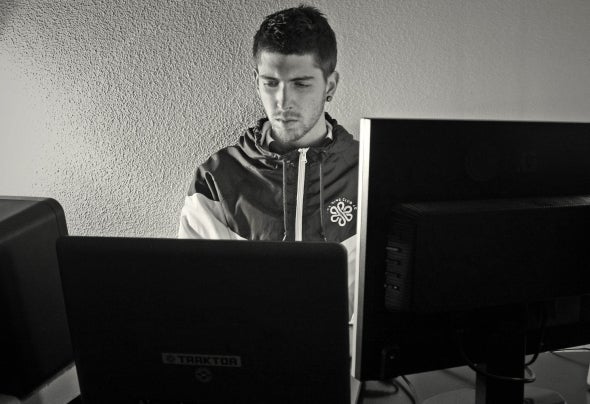 Gabriel Cassina (Gabryel Casse), Italian-Spanish nationality, took his first steps into electronic music when he was very young. At only age 19 Gabryel Casse has already played in the best clubs of Madrid such us UP, Fabrik, Deep...and just two years later he was playing at the world famous Amsterdam Dance Event (ADE).His style has varied widely in these years to consolidate as a dark and overwhelming techno Dj with influences from Dubstep and Drum’n'Bass. Gabryel Casse is still more known because of his closing sets with deep and phrenetic rythm and an upward progression creating a powerful enviroment. Regarding production, Gabryel Casse also has released with labels such us DRIVING FORCES and 069 TECHNO (Alex Bau). Wit h t he only age of 22, Gabryel Casse is considered one of the most interesting young talents of the worldwide techno scene.