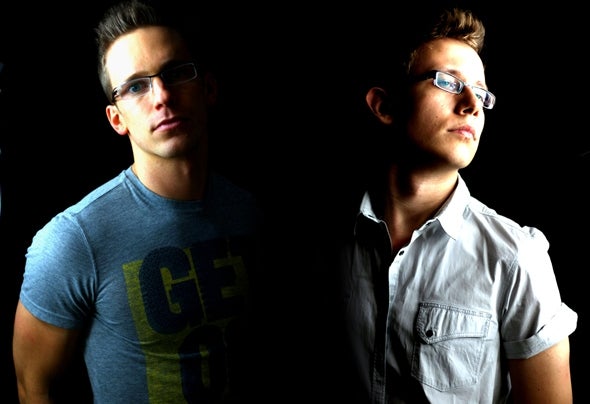 Fusion F & Come T as the best brand of progressive/tech house music in Poland Great love for music and devotion to her every day is a trademark of Fusion F & Come T. Professionalism in every step of the pursuit of those objectives is the basis for their very good work. Their passion and strength, which were merged in 2008, became the key to so much success in their careers. Jared Bobowik and Tomek Wnuk, because that is their true identity, are the most recognizable duo music progressive house / tech from Poland in the world. Their work has repeatedly been hailed as one of the best works of the Polish scene of club music. Name "Fusion F & Come T" is associated with the work of the highest level. "World first league '- such as shall be determined by the most prestigious magazine DJ Magazine UK. The duo still has a growing fan base among club music lovers around the world, including other DJs and producers, a well-known musical authority. Their work is supported and recommended by stars such as Nic Fanciulli, D'Ramirez, Mark Knight, Funkegenda, Armin Van Buuren, Sasha, Guy J, Hernan Cattaneo, Nick Warren, Tom Novy, Dj Hell, Moshic, Mandy, Popof, Rui Da Silva, Thomas Gold, John Digweed, ATB, Jerome Isma-Ae, Markus Schulz, Gareth Emery and Ferry Corsten. Most of them are friends or buddies of the Jared and Tom. From the very beginning of their activities has become a popular on global dance music area, each of the production by Fusion F & Come T was promoted and supported by the world's largest music stories Beatport or Juno. This is where the releases of Fusion F & Come T were repeatedly recommended on main page among the stars such as Tiesto, Hernan Cattaneo, Kaskade, Deadmau5, The Shapeshifters, David Guetta, Eric Prydz and many others. Beatport also repeatedly placed the production of the Polish duo in the top 10 releases last week, and they were placed in the top 100 selling songs from all over the world in various genres. Fusion F & Come T also earned its own TOP 10 Chart where between Wally Lopez, Marco V, Mark Knight, people around the world can see what is most pleasing to duo. Fusion F & Come T are the only artists in Poland releasing their music in many of the most prestigious record labels around the world such as Global Underground, Armada, Baroque, Audio Therapy, Proton and others. Duo's creativity is almost 40 releases on just only two years, many of them on CD and on vinyl, which have been sold in thousands of pieces hitting the top 10 largest stories. Ranks of creativity Fusion F & Come T argues the fact that collaborated with some of the most popular electronic music world including Dave Seaman, Way Out West, Simon & Shaker, Djuma Soundsystem, Presslaboys, Markus Lange, Alex Dolby, Nikola Gala, Rui Da Silva, Cid Inc. Jared and Tom make the project not only in the field of production, but also a dj crew. They played together a lot of time gigs and festivals (Audioriver, Sensation White, Dance With Me, Dance Sensation etc.) with electronic music, received an impressive numbers of bookings that almost hitting all the clubs in the Poland. They performed abroad, for example in Denmark, Norway, Singapour, Austria, Sweden, Germany, Ibiza, Slovakia and Ukraine. Their amazing style sets have always aroused admiration and satisfaction among clubbers, their performances gathered each time an impressive number of fans. Fusion F & Come T is a showcase of sophisticated and unique style of music at the highest level, and always guarantee a successful and amazing moments in the atmosphere of music. Duet Fusion F & Come T is also associated with the brand Fruit Machine Music, because they are the founders of this label. Just after half a year of existence, the label scored many achievements, including the title of "Best Polish label in 2011"and "Best New Label".From the beginning of the label was noticed by a major magazine DJmag and Mixmag. Currently Fruit Machine combines the same names as the most sophisticated existing on the market for a few or several years such as Armada, Toolroom and Bedrock. They've got on board: Dousk, King Unique, Hernan Cattaneo, Eelke Kleijn, D-Formation, Fiord, Paolo Mojo, Oliver Moldan, Shiloh. Style Fusion F & Come T is a statement of melancholy and sensual, while taking place in the memory, intriguing melodies worn pumping bass, for which they won the respect and recognition, and above all a passion for their work by listeners. Representatives of various music genres, from deep house through progressive, techno, tech house and even trance music listen to Fusion F & Come T's productions, which gives exceptional versatility to what Jared and Tom create.