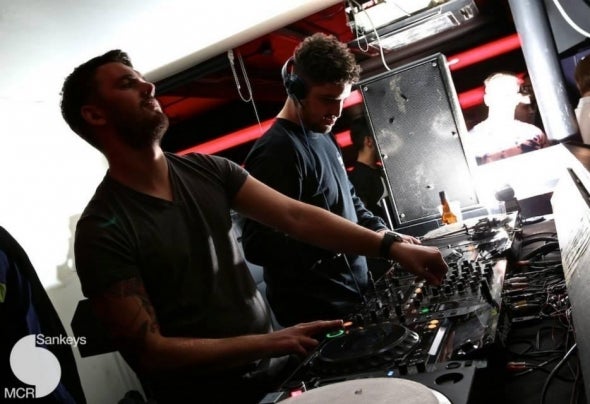 Freeman & FarrellyManchester ... A city of great musical history in the house and dance music scene. With legendary movements from clubs such as the Hacienda & Sankey's and a list as long as your arm of talents arising from this urban and cosmopolitan city, it becomes not so surprising that two young boys developed a thirst for all thing house and techno.Coming of age both Jamie Farrelly and Peter Freeman were involved in music, Jamie learning to spin records at an incredibly young age on an old pair of Technic 1210's passed down in the family, and Peter playing piano at a high grade and studying music technology and production. Both with an electronic taste for sound started to delve deeper into the art of house and techno and widening their horizons to the music and its scene.The two house heads friendship grew and they then set out to become a duo and soon became part of the movement meeting other local and already established club DJ's and upon recognizing their taste and talent were put on by the likes of Sankey's , Area 51, Mint and other venues of an underground nature.Writing and Producing music the pair create what they describe as a "Jackin' House & Techno" vibe in their music and their live DJ sets emulate this. Sticking to what they know, the pair class themselves as 'old skool style spinning DJs' using Vinyl or CD decks as 'turntablists' back to back delivering a high energy performance with huge character. Their ability to read a crowd and captivate sets them apart from many and makes them the duo they are. T he pair share a healthy balance of competition between themselves when playing live and watching their sets is almost like a battle of who has the best tracks, you can see the enthusiasm each of the pair have.Freeman & Farrelly have since became residents for of the hugely credited 'Mute!' night run by Keiran Sharples & Daniel Sanders and are playing amongst some big names such as Reboot, Cesar Merveille, Huxley, Darius Syrossian, Kink, Martinez, Chris Carrier, Lovebirds, Jamie Jones, Teifschwartz, Martinez Brothers, Tania Vulcano, Lazarus, Rio Padice, Ray Okpara, DJ Wild, Fosky, Yaya, Jordan Peak and Subb-An... the list goes on. Both have played for respectful events such as Zoo Project, Circo Loco & Coloursound and Sankeys I LOVE NYC & Carnival to name a few.Building up support and reputation Freeman & Farrelly are becoming increasingly popular in terms of thier production and involved in playing at some of the best house events in the UK.With a strong friendship and a strong future and are certainly an act to look out for.